I’m grading in Acescct!
So, in this project I have to deliver an Archival Master fully in ACES ap0 (hence, without the ODT), so everything would need to go through the pipeline

I really like working with the Aces Transform ofx and feel safer with it, but I’ve never encountered anything I had to fix outside of ACES before, specially with a camera like a Red Helium, so I figure I’d follow the client’s guidelines and I’d be fine with it

All digital cinema cameras can have “holes” with very saturated lighting (such has cheap LEDs etc…). So you might of just found one.

If you produce a NGAM and manipulate before going to ACES then the workflow is good and the footage will always replicate correctly. ;o)

You right about the NGAM! I’ll see if the client is bothered by me changing to this workflow. It’s not like I lost my day’s work as soon as I keep in Cct

I think you’re client we’ll be happy that you can fix de problem correctly!

It’s not really changing anyhting. ACES data will be the same in the end.

I just used a similar fix. ACEScct with Sony footage. IDT set to proper camera. ODT to REC709. I had this hilite issue (have been frustrated with this for a while) with 1 shot. Just added a CST on the first node and converted from Timeline to Arri Log C and the issue completely went away!

There is a whole group working on this topic here: https://community.acescentral.com/c/aces-development-acesnext/vwg-aces-gamut-mapping-working-group/80

thanks I will take a look at it.

hi scot,
thanks for your articals here, they helped me alot to understand the ACES in better way.
i am in intensive reading about Acses since few days. i have the issu with the Black Magic Camera Pocket 4k/6k.
my issu is:
your matrix works well with the blue lights/ as the build davinci in LMT neon Suppression.
my issu is witht othe colors spicely the Red color. is there a way to get red of the cliped Reds with out using the Gamut maping?? like using a kind of DCTL?
this ithe main issu why i cant use aces in my workflow. and i love to work in aces as it looks more promising than other color spaces out there.
cheers

Thank you for the tools you developed they are super useful. I am currently working on a project that shot cinema DNGs with the Ursa Mini Pro (BMD 4.6K Film Gen 3). Footage has artefacts in the cheap LEDS as expected but also in the high luminance parts of the images (candle lights and light reflections). I have applied LMT.Academy.FixHighlight.dctl directly onto the clip as per Scott Dyers instructions and I do see a change in the blue LED’S but it does not remove the artefacts completely. I have also tried to apply the dctl in the colour tab with two transforms, ACES cct to ACES > LMT.Academy.FixHighlight.dctl > ACES to ACES cct and It has given me the same results.

I have uploaded some of the dngs here https://www.dropbox.com/t/oTXlkIAB8gHMQIIe
I don’t seem to get these artefacts when working in Davinci YRGB managed.

Ideally I would like to work in aces as the project has multiple types of cameras and I think ACES is the way forward for this.

Thanks a ton in advance !

Hi Jose! Thanks for posting this example clip.

I loaded it into Resolve and tried to replicate the screenshot that you shared here, but I can’t seem to get the same results. I’m not an expert in Resolve, so maybe I’m missing something.

A couple of questions:

Here are a couple of screenshots of the behavior I’m seeing. 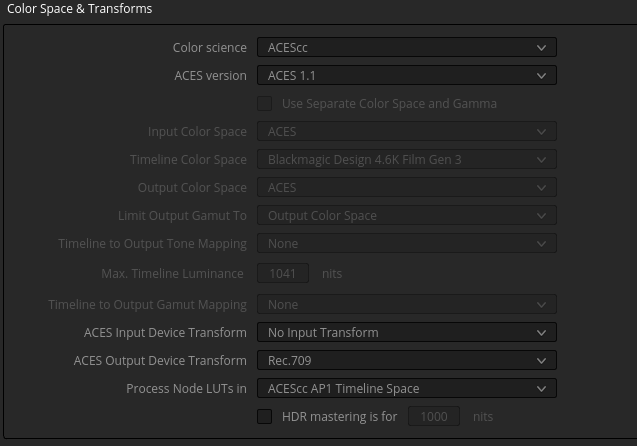 You’re welcome to try out the GamutCompress DCTL, but with those artifacts I’m not sure how much it will resolve the issue.

I did three comparisons:

I’m far from a regular Resolve user, especially for non-ACES projects, so without a viewing LUT for BMD 4.6K Film Gen 3, I don’t know how you would properly render and view this image in regular Davinci YRGB mode.

Though it’s still not perfect, I prefer the LMT version. 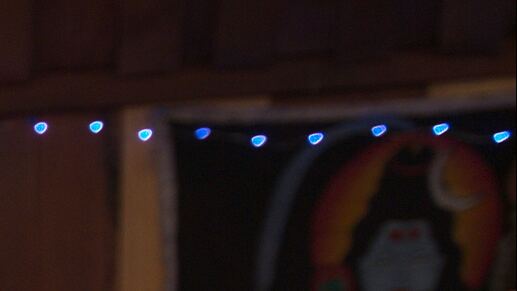 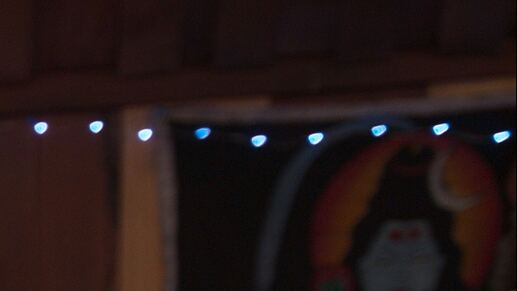 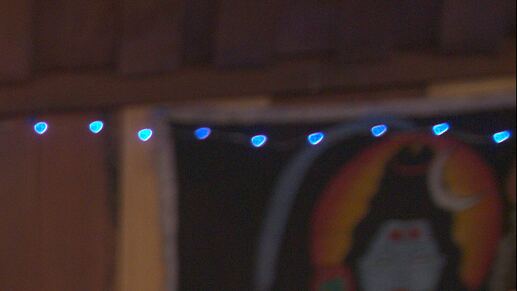 I have indeed been using the default debayer (same as your ref still), I have changed it to Full Res in the Camera Raw settings under the project settings panel and it significantly changed the artefacts for the better (for some reason Resolve sets this to Quarter Res?). I have set my project settings to match the resolution of the footage and again artefacts got better again specially around the candle light (It was set to 4096x2160). I think I agree with @sdyer and the LMT Neon Suppression does the trick with delivering better uniform color to the LEDS. Thank you for the GamutCompressor, I have played with it and feels like a very useful tool.

You guys are legends!! many praises

I switched to the Sony FX9 earlier this year and have been running into this problem more than with any other camera. The camera can really resolve deep deep blues and reds. FX9 really fills up the whole S-Gamut3 color space. This shot of the guitar is the most extreme I have ever seen. Every highlight on the guitar strings was just bonkers.

I am glad I found this thread. In Resolve choosing Neon Suppression is totally enough to fix it.

This thread has been a lifesaver. Thanks!

Is there any way to limit this DCTL to the inside of a Power Window in Resolve? I tried using the OFX level DCTL on a node, but it didn’t have any effect. It then occurred to me that this DCTL probably needs to be applied before the IDT is applied, correct?

The DCTL works marvelously for fixing the blue LED artifacts, but on many shots it adds a bit of a magenta cast that throws off my existing grade. I’m hoping the only workaround in Resolve is to composite the DCTL’ed version of the clip over the non-DCTL’ed version…

It then occurred to me that this DCTL probably needs to be applied before the IDT is applied, correct?

Not before the IDT, but it does need to be applied to linear ACES data. That means if you apply it in an OFX DCTL node you would need to sandwich it between an ACEScct-to-ACES node and an ACES-to-ACEScct node.

You don’t need extra Color Space nodes. The DCTL version has an optional conversion from ACEScct at the start, and if selected converts back to ACEScct at the end. I didn’t include the option of ACEScc. Do people feel it should have that?

Regarding colour casts, it is worth experimenting with the different compression curves, as they all affect the image slightly differently.

Not before the IDT, but it does need to be applied to linear ACES data. That means if you apply it in an OFX DCTL node you would need to sandwich it between an ACEScct-to-ACES node and an ACES-to-ACEScct node.

Then you can feed that into a Layer Mixer node to selectively composite the fixed highlights into the original.

While this thread contains many great examples and the solution for this frequently encountered problem, a summary of this helpful thread can be found in ACES Knowledge Base article.

Note: This matrix “fix” works, but, because it shifts all colors, was always considered to be temporary until a more robust solution could be found. Fortunately, ACES 1.3 introduces a new and improved solution to this issue with a Gamut Compression operator.

This improved solution is the result of the fantastic work of the ACES community via the Gamut Compression Virtual Working Group. The report from the architecture group summarizes the problem and explains the mechanics of the solution, including user testing. An implementation-focused spinoff of that group is currently meeting to provide usage guidance and assist vendors in implementing this solution directly into their products.