I had heard that Resolve 15 supported include statements but had no references yet on proper syntax and how to use. But it looks like you’ve already converted basically all the CTL to DCTL - can’t wait to test it out. Thanks!

Documentation and examples are available in the Help… Developer Documentation folder from Resolve 15 interface. Let us know if you need any specific help. We are working on adding more features to DCTL.

I was wondering how complicated it would be to convert all the ACES CTL library functions to DCTL, but shied away from doing it because it seemed like a mammoth task!

Documentation and examples are available in the Help… Developer Documentation folder from Resolve 15 interface.

Wow, can’t believe I missed that

I will definitely be tinkering around with @Paul_Dore’s fantastic work and seeing what else we can do with the DCTL. Thanks for the exciting updates!

Just did a quick test, and @Paul_Dore’s awesome work means it is now possible to build your own ACES pipeline in Resolve when it isn’t in ACES mode. Naturally, with great power comes great responsibility! 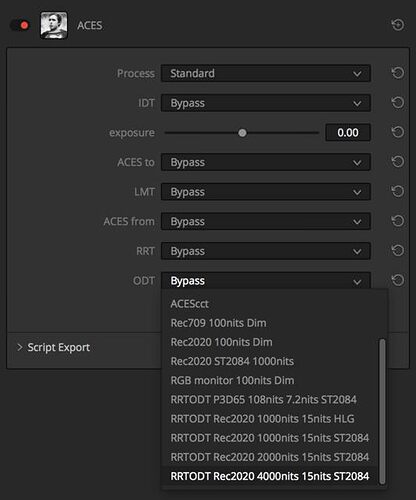 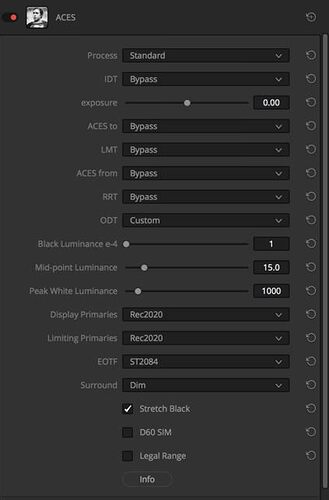 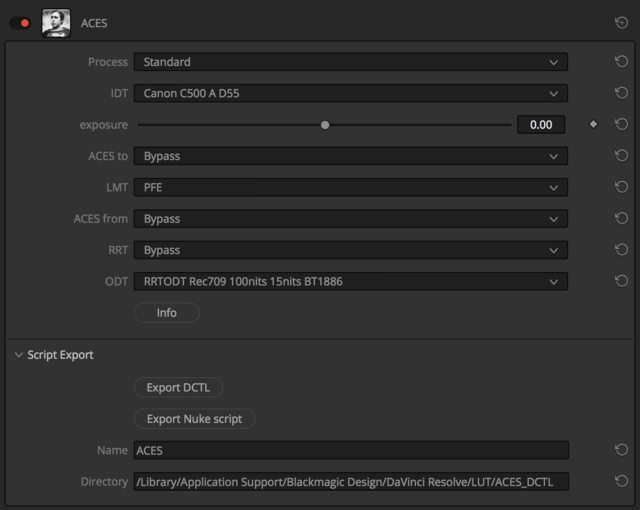 I recommend constructing a workflow using DCTLs first, as there are more options, and when it’s working as intended the plugin can be upgraded to accommodate needs. The plugin is effectively a user-friendly interface (albeit limited) for the DCTL collection, and will have new features added as time goes on, but power users will get better performance, modularity, and more choices when using DCTLs instead.

@chuckyboilo I’d tend to agree with Paul about explicitly piecing together the proper chain using DCTL nodes for now. As he mentions, there are more options and you are able to be sure of each piece in the chain. (The Rec709 D60sim ODT should be available that way, too).

In general, I would exercise caution using any of this in any important productions just yet. That’s not to take away from the absolutely incredible amount of work that @Paul_Dore has already done on this, but I would just recommend some more testing and development before full trust. When I finish with my current workload, I certainly plan on doing my own testing so that I’ll be able to be conversant on the intricacies and caveats of using these new tools.

This entire thread is fantastic progress in usability of ACES in Resolve and holds a lot of promise for a very user friendly approach to help users have more flexibility moving forward. Let’s keep up the positive forward momentum!!