Please join us for the next meeting of this virtual working group (VWG). Future meeting dates for this month include:

To go back to the posterization topic that I quickly jumped on and so that we agree on what we are talking about, here is the Wikipedia definition:

Posterization or posterisation of an image entails the conversion of a continuous gradation of tone to several regions of fewer tones, with abrupt changes from one tone to another. This was originally done with photographic processes to create posters. It can now be done photographically or with digital image processing and may be deliberate or an unintended artifact of color quantization.

With that in mind, I took @ChrisBrejon’s lightsaber image which I think was not processed correctly: 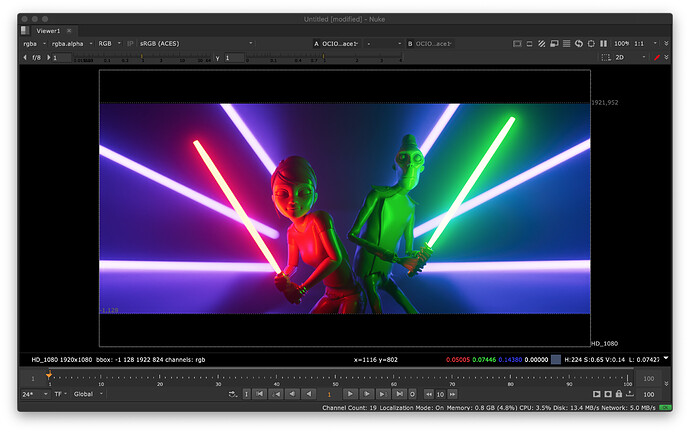 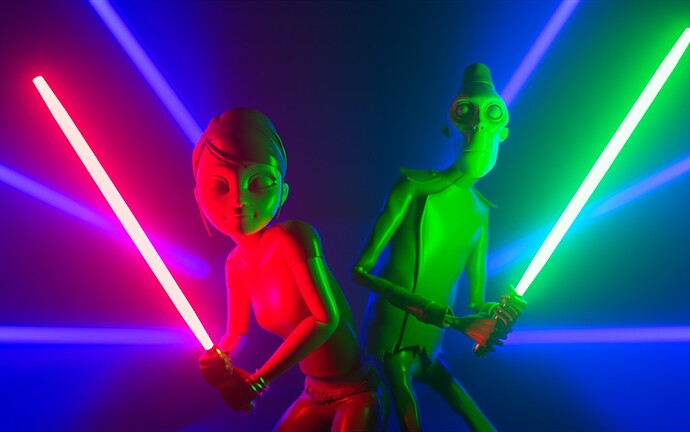 And then I extracted a cross-section because even if my eyes could not see posterization, maybe the analytical or scientific method if you want to call it like that would!

Well, I’m happy to announce that my old eyes are still in good shape! 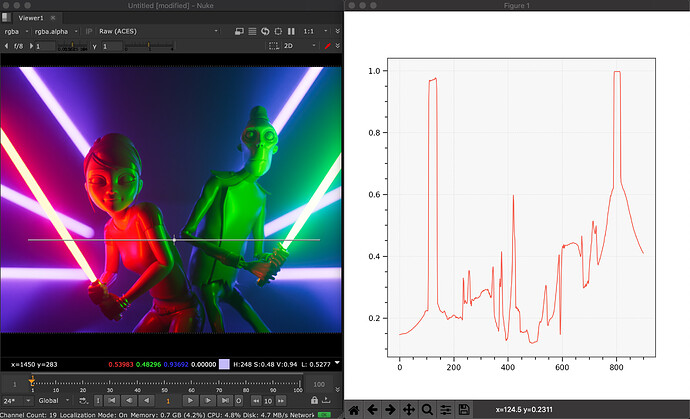 And with a zoom on the red character region, just in case there is a trap: 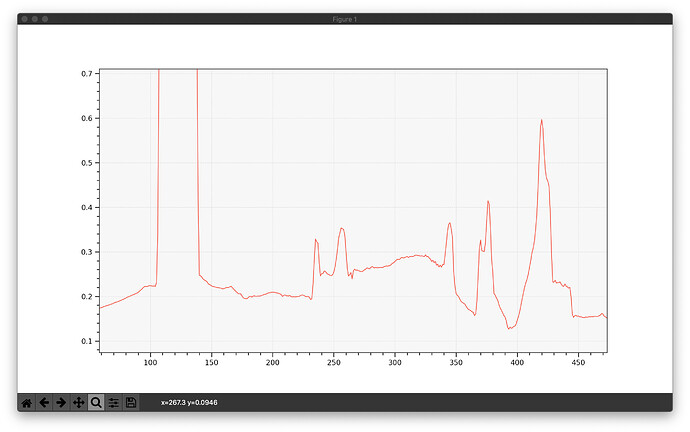 Mostly noise from the render, nothing-to-see, moving on.

Bonus Point: Here is the above signal quantized to 7-bit, i.e. posterized: 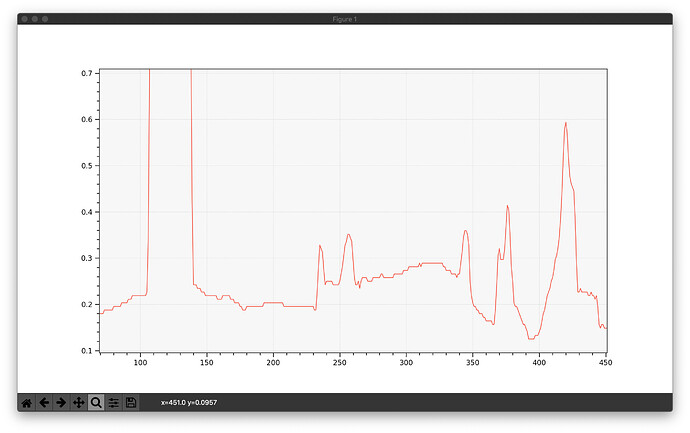 Thanks @Thomas_Mansencal ! Your insight, as always, is much appreciated.

No they aren’t. It is just a really poor naming convention. They are AP0 exr files. Sorry about that.

If we have a look at the name of the file : cg_ACEScg_lightSabers_001_aces.exr, I’ll explain what I tried to attempt (obviously an epic failure on my end)

Since AP0 is the format for exchanging files, I tried to follow this rule. Obivously the fact that “ACEScg” is present in the name of the file is a terrible idea. New file are on their way with a better naming convention.

Having said that, I do not think that interpreting this exr as AP0 (instead of AP1) would change your results, right ?

Just wanted to say that I agree about the need of precise terminology to name properly the errors the VWG OT needs to fix. I’ll try to be more accurate in my next posts, both in terminology and ctl processing.

For the record, we did manage to generate some ctl reference render for the light sabers with the help of @jedsmith

I think it is very interesting to observe the differences between OCIO and CTL on the blue neons.

On a side note, here is a couple of thoughts I had during this meeting :

Bonus Point: Here is the above signal quantized to 7-bit, i.e. posterized:

So in your terms, posterization is purely numerical, and not the perceptual implication of the numerical output?

If we have a 64 bit magical display, and all the values oscillate at a threshold below the perceptual implications, it’s not posterized under your definition.

Not sure where you read that, I merely re-posted Wikipedia definition which is the one commonly agreed on, not one I invented. Does not require much more than looking on Google Images actually.

It is simply asking the question as to what the defining baseline is for posterization.

If we had an infinite bit depth, could an image be posterized?

IE: Is it purely bit depth or the perceptual implications?