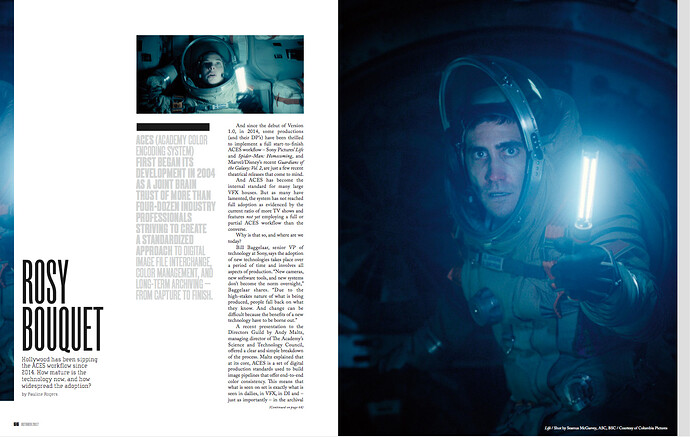 The October 2017 issue of ICG Magazine (their Workflow Issue) highlights some recent productions using ACES and discusses the upcoming work on enhancements to the next version of ACES. 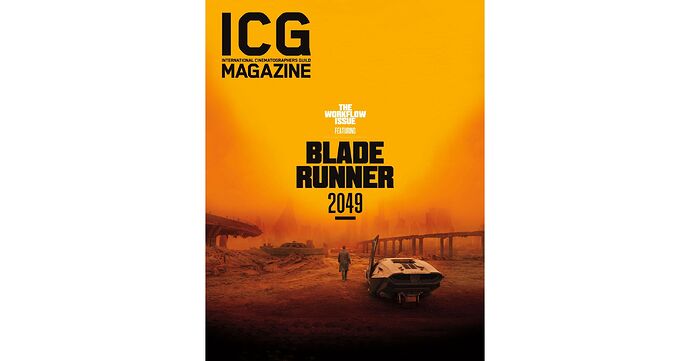 “This month’s issue includes an article about one of the most exciting technologies for preserving the original intent of images captured on set: the Academy Color Encoding System, more commonly known as ACES. These digital production standards, more than a decade in the making, help to build image pipelines that offer end-to-end color consistency – what is seen on set is exactly what is seen in dailies, in VFX, in DI and in the archival process. ACES provides a much bigger information bucket than we’ve ever had before, and it reflects an industry tradition of jointly agreed standards, be they the Digital Cinema Initiative (an open architecture that ensures a uniform and high level of technical performance, reliability and quality) standards created by the Hollywood studios, or the many different standards drawn up by the Society of Motion Picture & Television Engineers (SMPTE) that date back to almost the beginnings of our industry.

As we can see, there are always many answers to the same question, depending on who is asking the question, who is answering the question, and the ever-evolving availability of new technology and systems. One question for me that remains unchanged in the last 25 years is: what is the Holy Grail of digital technology? I’ve always felt the answer is an end-to-end, device- independent color management system. With the advent of ACES, we’ve taken a giant step in that direction. Now it’s up to our industry to complete the journey.”