ACES was a meaningful part of the discussion at this year’s NAB 2016, held recently in Las Vegas. As HDR, wide color gamut and other new technologies go mainstream, the need for ACES as a unifying and enabling standard has never been greater. This was in evidence by key ACES announcements, presentations, demonstrations and activities throughout the halls. Here’s a quick recap in case you didn’t make this important annual event:

After successful production experiences with ACES 1.0, Universal Pictures became the first major studio to fully commit to ACES - by 2018 they will have ACES integrated into their production and post production pipelines and as part of their technical delivery specs.

This is an important development and has implications for crew who work on Universal Pictures productions and for the equipment manufacturers that create the tools that the crews rely on. The best way to meet ACES-based delivery specifications and to create the highest quality ACES archival master is to build workflows based on the technical criteria defined by the ACES Logo Program. 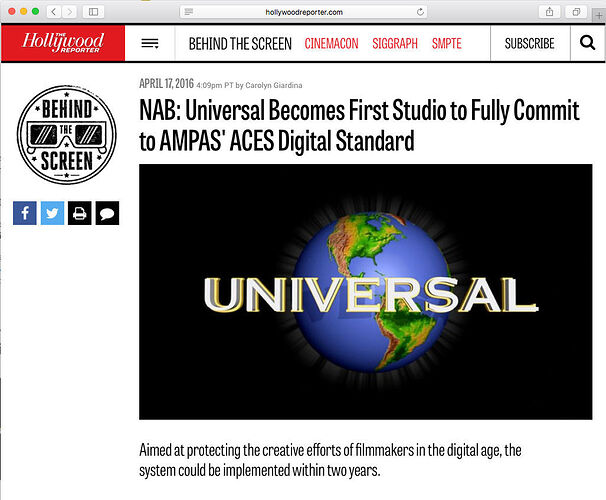 Netflix announced that they are already using ACES for all their feature-length productions and are looking at using it for their episodic productions as well. Netflix production engineer Chris Clark detailed some of the reasons this cutting edge studio likes ACES. 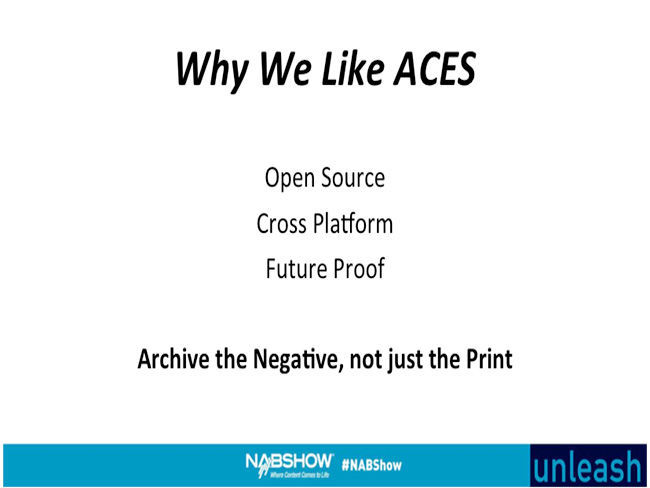 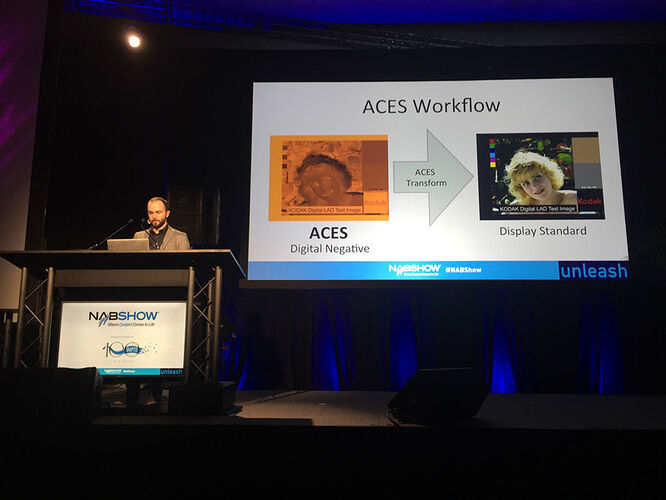 The Production|Post World educational track presented a 2.5 hour class on ACES. Digital workflow expert Gary Adcock and colorist Robbie Carman explained ACES with particular emphasis on the ‘how’s and why’s” of the system. 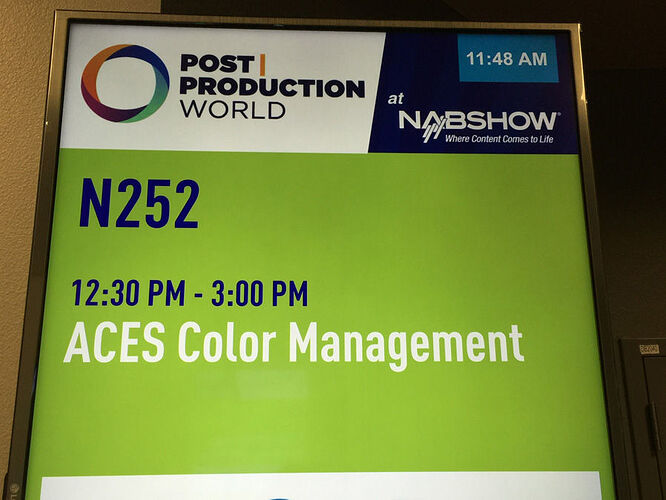 All 25 of the ACES Product Partners were present at NAB.

Some key events and announcements from the show:

“ACES is also being used to manage the colour, and ensure colour consistency, throughout the process, from set into post and beyond.” (http://www.codexdigital.com/news/Codex_delivers_big_data_firepower_for_RED_8K_WEAPON_on_Guardians_Of_The_Galaxy_Vol_2)

Canon presented dedicated presentations on ACES on their learning stage, with discussion of ACES use in motion pictures, commercials and VR. 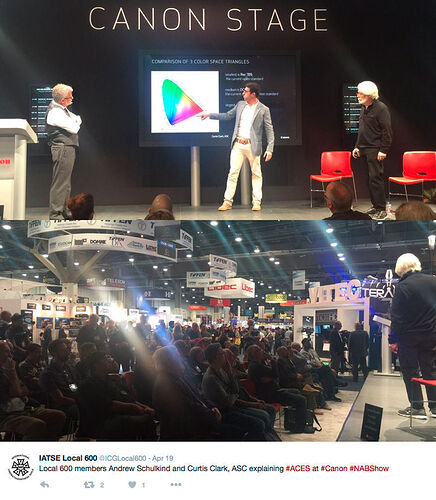 Numerous other Product Partners demonstrated ACES 1.0 functionality in their latest products and proudly displayed their ACES signage. There were also ‘special edition’ grey ACES hats and colorful ACES M&Ms available throughout the hall! 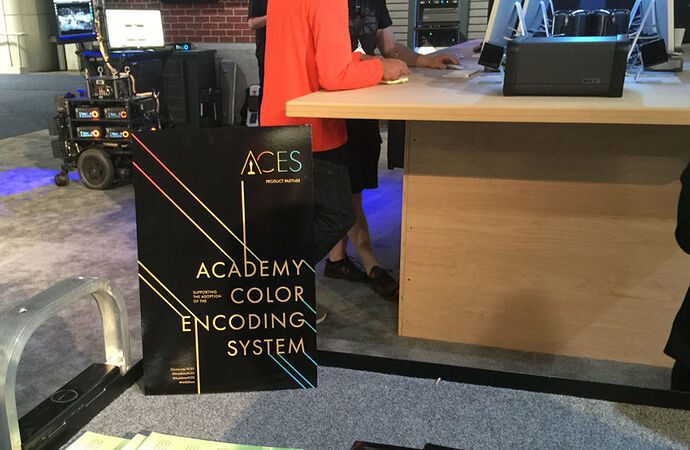 The Academy announced the upcoming portal, ACESCentral.com, that will launch shortly as the one-stop-shop for all things ACES. Anchored by an ACES Community Forum, ACESCentral will have links to other resources including the ACES Video Channel, code repository, and help desk. 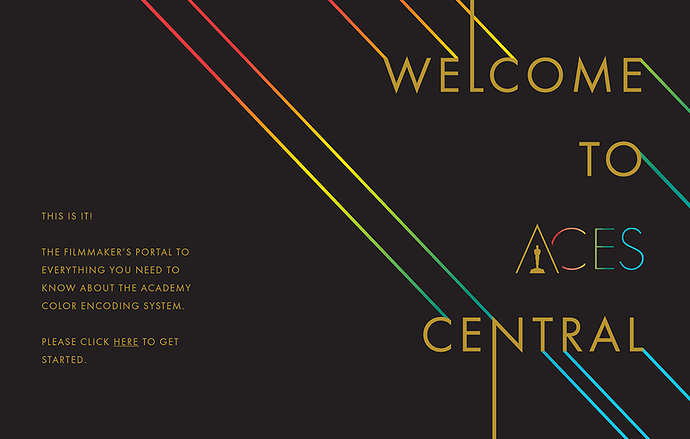 The Academy also started posting instructional videos teaching end-users how to get up and running with ACES in current generation products. These instructional videos bridge the gap between “I want to use ACES now” and ACES Logo qualification. Look for more coming soon! 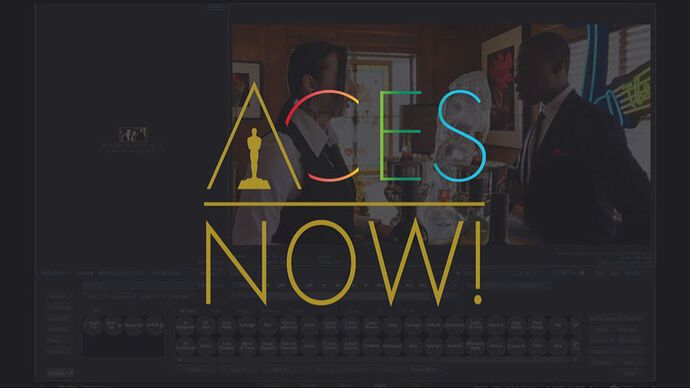 The ACES Team was also on hand at NAB to answer questions and meet with key partners in a suite at the Renaissance Hotel, appropriately named: ACESCentral, complete with a map of the world with flags signifying some of the many locations ACES has been adopted, from the U.S. to Canada to Turkey, Poland, Russia and beyond). 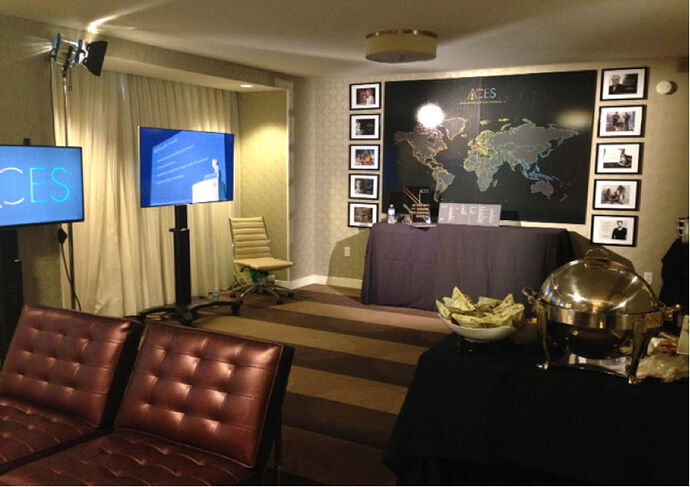 One year after the announcement that ACES 1.0 is available and being integrated into products, the color management, digital file interchange and archiving platform has been blessed by two of the leading content producers in the industry; it is being built into dozens of products and is being used in a variety of workflows in feature films, television shows, commercials, videogames and virtual reality content.

More education and support as well as ACES Logo’d products will follow soon. Stay close, many more announcements to come!