I would like to understand a bit more about the ACES synthetic chart.

Does it represent all possible values of ACES? Or is ACES bigger/smaller then the chart?

When playing about with very extreme colour adjustments in grading software I can bring what appears to be white/black into what my grading software, monitor and brain understands as saturated colour. How can I visualise where these values sit within the visible light spectrum, and also with respect to Rec709, Rec2020, P3, PQ D65, etc? 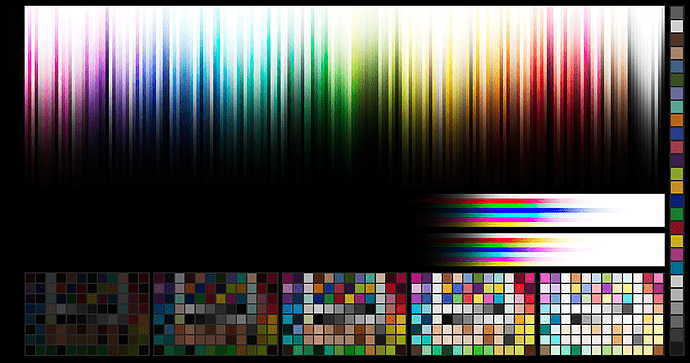 Here is some text I had previously prepared explaining this chart. It was created because we needed “a test chart”. In hindsight, some of the things are of questionable use and we could most likely add or modify for ACES 2.0 if there are other items that would be judged useful. But it has been serving its purpose for now…