Just a proposal for ACECclip XML icon file (can be easily integrated into OSs for filenames ending with .acesclip.xml).
This currently includes only a single size (512x512), but scaled-down versions with targeted opticals for sizes such as 32x32 and 16x16 will be updated here (in a single .icns or .icl file). 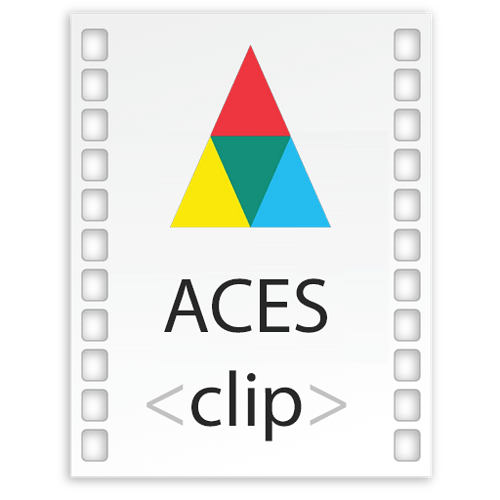 It looks a bit stretched upwards on my end —
Did you try an equal sided triangle?
But I don’t know if I’m seeing it correctly since the whole image looks more rectangular than 512x512…

This has been dormant for a while but might be a good idea, so I thought I’d add in my 2¢ to the discussion.

First off, absolutely beautiful icons. I love your graphic design sensibilities. I particularly like the subtile gradients in the colored triangles! The type is also very well chosen. Very very nice touches.

There’s no file type associated with the ACEScc encoding.

There is no image file container format specified for use with ACEScc as the encoding is intended to be transient and internal to software or hardware systems, and is specifically not intended for interchange or archiving.

While we don’t make such a strong statement in S-2014-004 we generally don’t recommend putting ACEScg into files either. The interchange space should be ACES 2065-1.

The Clip format is an xml file independent of the image files. ACESclip

If you’re willing, we’d love your help with generating from standard icons/graphics/templates for ACES. Thanks again!

Somehow I got the impression this was like a document icon for sequences with clip being a placeholder for the sequence name. Oh dear.

Now that I’ve read through the ACESclip paper I got it though. I’ve been wanting capabilities like these in sidecar format for quite a while, even before I even heard about ACES. It’s great to see someone is doing it.

Sure, count me in.

Hi Frank.
Absolutely agree with Alex: your black version of my ACESclip icon is really gorgeous and imoroves the look very much.

btw Robin: Icons must always be enclosed in a square, no matter what the shape of the icon is… Whence the size of 512 by 512 pixels where I originally enclosed a paper-sheet shaped (therefore rectangular) icon, which Frank later revisited with an even better look and proportions.

Frank, I also started to design similar icons for CTL files and for CommonLUT files (CLF) : similar to the former but with different symbols (than the ACES logo) over the punch-paper film bacgkround.

Since, as Alex says, there is just one type of ACESclip file, I think your three different color versions might suit very much, revisited a bit, as icons for these other two ACES file formats? (. ctland . clf).
What do you think?

For CTL/CLF I’d go a bit further than the coloured strip for the differentiation there so it’s easy to spot the files from a birds eye view (list view, zoomed out, over someone’s shoulder). One of the reasons why I made them dark. Almost no one does dark document icons, so they’re easy to spot in a folder

For example: CTL could be predominantly green in overall appearance since it (if I got it right) would fall under ‘encoding’ of the ACES portion. CLF kinda does too but could also be seen as a ‘system’ which would give it a predominantly blue appearance.

Agree with others that these look great.

Hi Frank.
I would suggest to use optical scaling (as for the ACESclip icon that was initially proposed, below): i.e. the more icon size shrinks from 1024×1024 down to 16×16 pixels, the more “optical” goes the shrinking of icon badge and other details. For example, the text may disappear for sizes below 48×48 pixels, while badge also gets simpler and simpler.

As for the CLF icon I had started to design the same thing as you suggested, using an RGB cube instead of the ACES logo for the badge. I hadn’t managed in creating a nice-enough, yet simple RGB cube though. Wish you best luck with it.

As for the CTL icon I would have liked more of a “code-development style” icon: much like C++/Java/Python file-format icons.
For example --but this is just an example-- a piece of (black) paper with some real CTL sample code for larger sizes (e.g. 1024×1024 down to 256×256), which becomes just a few grey lines and then disappears completely for smaller ones. For all sizes, instead, a rectangular badge or ribbon with “CTL” text (maybe using a Red ‘C’, a Green ‘T’ and a Blue ‘L’), as it happens with classical coding lanuage icons.

Finally had some time, so here’s a new draft with some variations. I kept the tinting more subtle on the greens as darker green tints rarely look pleasant.

The brackets are a bit hard to read in the ACESclip - v2 as I wanted to start out with something that’s closer to the gradients used in the ACES logo. A starting point.

The colour cube isn’t final, it looks more like a hexagon right now in appearance. I made one in Modo that I’m still optimising for scalability (might need to make 2 versions one with more cubes one with less). Overall colour impression will be similar, so I’m posting it anyway

As for the code icons, that may vary based on the IDE you’re using and what app grabs the suffix. For me: C++ has a blue basic C icon (Xcode), Java has the Java logo with the cup, Python had the Python logo with the two snakes until iA Writer took it over with it’s TXT icon.

I tried a couple of variations for discussion and to see whether I got the use cases right. Size is scaled down again so we don’t have a huge blob of an image here. 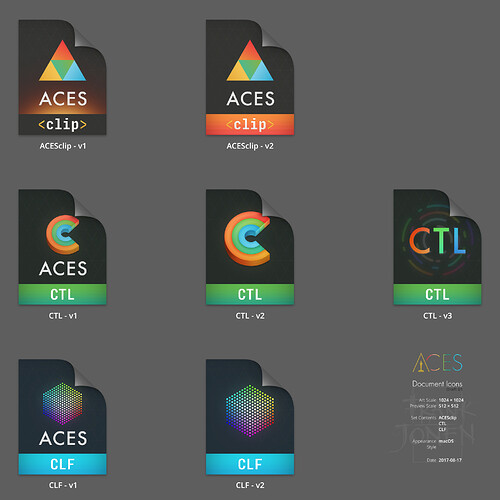 I may help you with opticals scaling if you want; it is less urgent and something to do at a later stage, once the full-size rendering is defined.

Great work! I absolutely love these latest icons. Thanks so much.

How exactly would you suggest getting these into an operating system given ACES is delivered as a piece of double clickable software?

a small tool containing the assets and has them assigned to the appropriate file types / suffixes could be a path. Another option would be to make them part of the licensed assets that flagship implementers of ACES gain access to. That way they can use them in their apps to tie the icons to the file types.

@frankjonen Currently, Product Partners don’t make applications that “open” CTL, CLF and ACESclip files as main input files† ― they directly open image/video files, or project files. Closest analogy is a web browser with respect to CSS: it uses style sheets but can’t “open” .css files directly (because they don’t mean anything without an HTML referencing them).
In my opinion, due to this technical detail, it’s a bit “loose” to let Product Partners handle ACES-specific icon associations.

@Alexander_Forsythe My suggestion, for the sake of aces-dev, is to include a script in the repo (either Python, bash, or batch/PowerShell) that, when run by a privileged user, detects the OS (and the window-manager) and customizes the “icons vs file-type” associations, at system level.
ACES Product Partners may let this script be run as part of their appications’ installers.

This is going to be simpler for Windows and Linux, harder for macOS, due to the different system implementations: I will write some technical details in another reply.

† Actually, Light Illusion LightSpace could, with .ctl and .clf only, but it has never contained custom icons for any LUT file formats; plus, it’s Windows only.

First of all, the icons to include in aces-dev should be provided, for each of the three file types (ACESclip, CLF and CTL), in all the file formats directly usable by the three main operating systems:

The first two formats package icon sizes together in a single file; for the latter, one PNG is required per icon size.

Windows and most Linux OSs (particularly Linuxes based on KDE and Gnome window managers) both have one registry of “icons vs file-types” associations, at system level.
For Windows, in particular, this can be packaged putting the customized registry modifications in one .reg file that can be just double-clicked upon to implement the new associations (as simply as @Alexander_Forsythe asked for)‡.

With macOS, it’s a lot more complicated instead.
To make it short, as @frankjonen says, the easiest way is providing an application (to be installed in /Applications folder) that becomes the default one for opening the three files types. The .icns files would simply be included within its files to induce the icon associations. But what would the application do, as it would be called whenever a user double-clicks on a .ACESclip.xml, .clf or .ctl file?

‡ Some anti-virus programs may not allow this.

Hi @frankjonen.
I liked your original icon ideas (from August 2017) very much.
With the next release of ACES, and its new implementations of ACESclip and CLF, I just thought it would be good to elaboate a little bit on your ideas and, by the way, turn them into actually usable icons, i.e. adding al size and color-depth variants. Hope you don’t mind.

So, below are two proposals of icons for both CLF and ACESclip file formats. All sizes 512×512 to 16×16 pixels (with full optical scaling), as well as 32bpp, 256-colors and 16-colors (EGA palette) variants available. 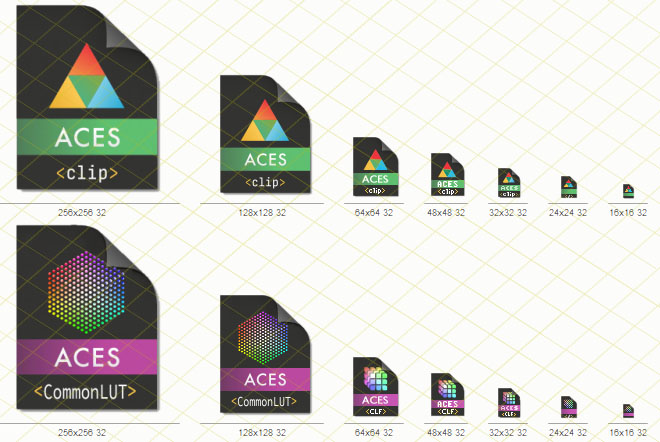 With @frankjonen’s permissions, I’d like to share he original ICO files and the Photoshop template on my GitHub page, then reference it here.

The new icons can be downloaded here, both individually in macOS (.icns) and Windows (.ico) formats, as well as bundled into an Icon Library (.icl) format.
All sizes 512×512 down to 16×16 (with optical rescaling), including low-spec 256- and 16-colors. 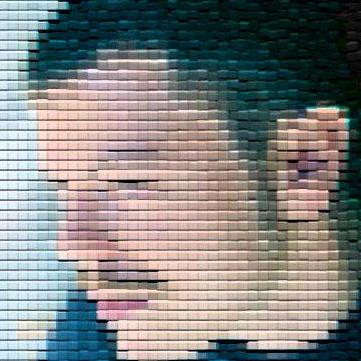 Sorry for the late reply, just saw it. Good job on completing it. I somehow never got around to do it.
If you want to add consistency to the labels throughout the icon set, the font I’ve used for them is Input Mono Condensed - Medium.

Yes, thanks I couldn’t find the font.
p.s. Do you have a GitHub account?