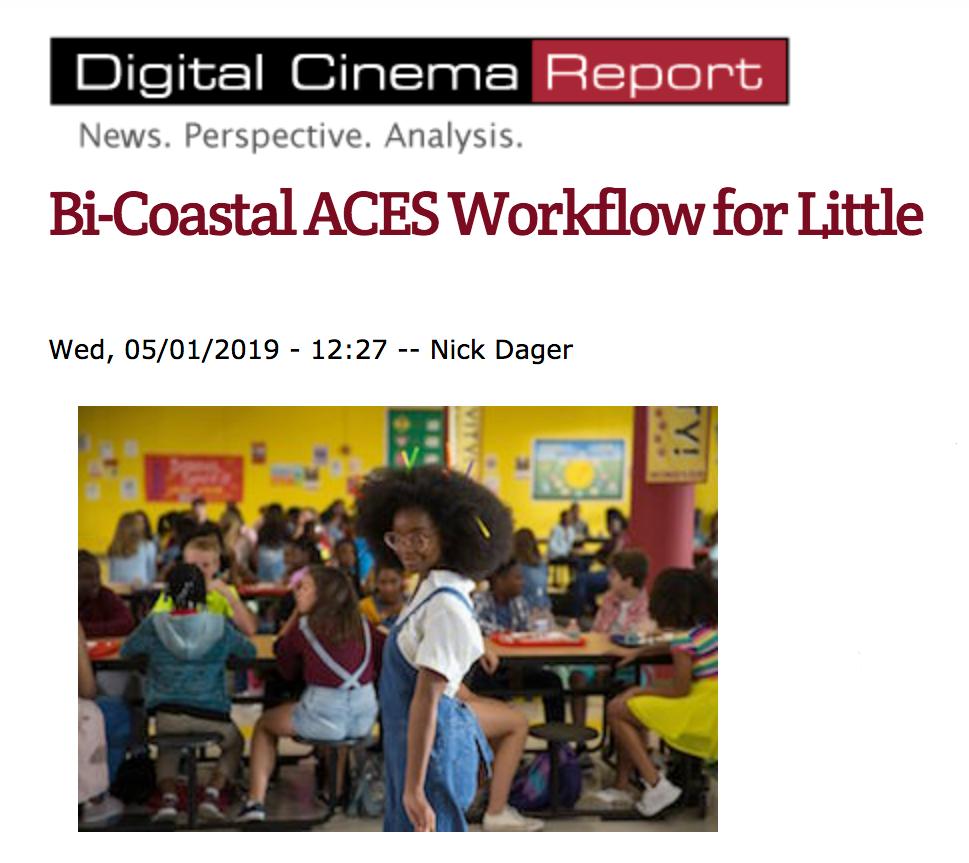 Check out this article on the Bi-Coastal ACES workflow on the film “Little.”

The DI and the film conform happened concurrently, with colorist Alastor Arnold and cinematographer) Greg Gardiner working together daily. “We had a full ACES pipeline, with high dynamic range and high bit rate, which both Greg and I liked,” Arnold says. “The film has a punchy, crisp chromatic look, but it’s not too contemporary in style or hyper-pushed. It’s clean and naturalistic with an extra chroma punch.”*

Arnold’s first pass was for the theatrical grade and the second for the HDR10 grade. “What I like about ACES is the simplicity of transforming to different color spaces and working environments. And the HDR grade was a quicker process,” he says. “HDR is increasingly part of our deliverables, and we’re seeing a lot more ACES workflows lately, including work on trailers.”

Lots more info in the full article! Read it here:

Thanks to Editor & Publisher Nick Dager for covering this in Digital Cinema Report.