Thanks to Filmmaker Magazine for this informative article: 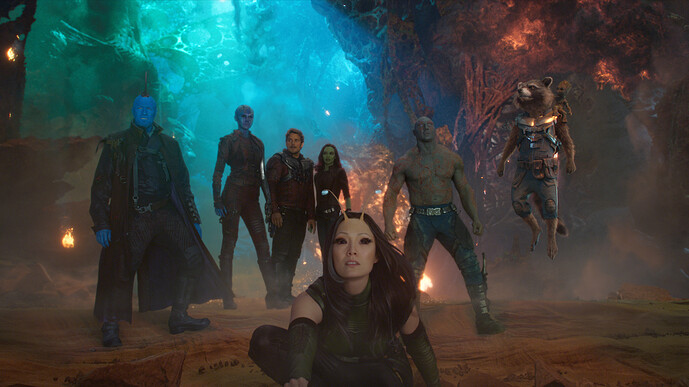 DP Henry Braham on Shooting Guardians of the Galaxy Vol. 2 with the First...

Compared to the rest of the Marvel Cinematic Universe, with its squeaky clean Captain America and solemn United Nations accords,  the Guardians of the Galaxy — a rogues’ gallery of smugglers, thieves and assassins — are outliers. Yes, by...

ACES call out from Braham:

“That dailies grade provides a very good idea of how the film is intended to look at the end, which is important on a film of this scale where there are so many people that need to understand the visual intent. So a compositor that may be working in New Zealand or Toronto or London or some other disparate part of the world is working from the same basic starting point as everyone else. We used the ACES pipeline as well, so that all the decisions that were made in grading the dailies got carried all the way through to the final DI. Therefore the final DI becomes a process of making things better rather than starting from scratch.”