Hello, @priikone I want to use the nuke file of oklab provided by you to create a Lut file that can be used in OCIO. So I downloaded Nuke and tried for a while, but it seems that I have encountered some difficulties. The effect of the Lut produced is always inconsistent with that obtained by using nuke directly. Can you help me see what is wrong? Thanks a lot

Here are some screenshots: 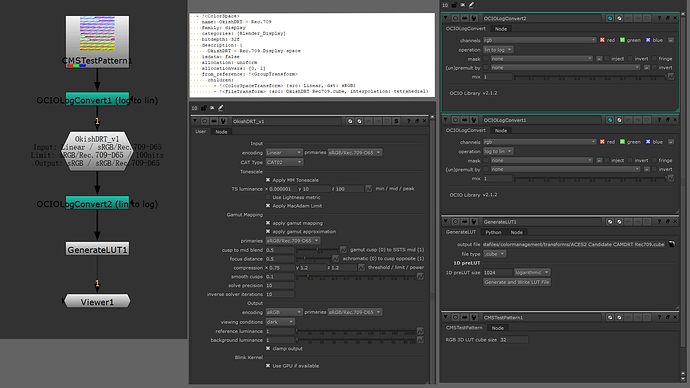 Check out the DRT LUT baking nuke script at GitHub - ampas/ACES_ODT_Candidates for the ACES2 candidate DRTs. Just use the OkishDRT in place of the ACES ones.

Oh, I seem to have succeeded! thank you!

Hello, I seem to have found the method of exporting Lut yesterday, but today when testing on blender, I found that the effect in Nuke is different from that in Blender, mainly focusing on the right side. I confirm that they all use CineonLog conversion. I feel that I have done something wrong again. Can you help me look at it again? I’m very grateful~ 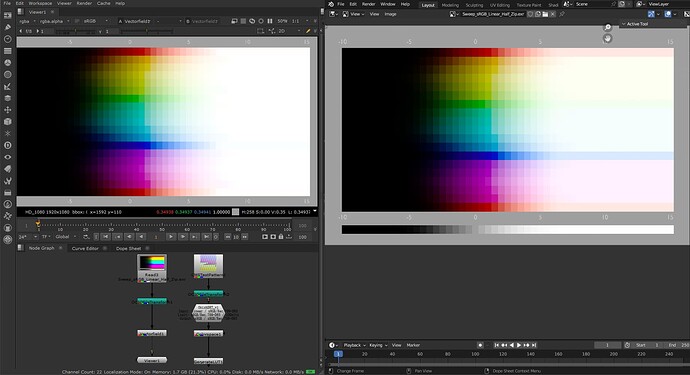 If you could attach the Nuke file here, folks would be able to look at what might be going on in detail.

Just from looking at the nodes in Nuke I’m wondering if the OCIO file transform and vector field are redundant, as they are two alternative ways reading a LUT in Nuke.

Thank you. I have tried for a while, but still can’t find a solution

Thank you. I changed the log and seemed to solve the problem.