Vanity Fair: Who knew period dramas had so much CGI?

The new drama from ITV and Amazon may be set in the past, but it's made with very modern technology.


Thanks to Technicolor London Creative Director Gary Brown for this ‘should out’ to ACES:

CNET: Has the processing power required increased?
Brown: Absolutely. Look at the bit depth – how much information is in the picture, like a still camera’s megapixels. Historically we would probably throw most of that image away. But now we work with this colour space called ACES [Academy Color Encoding System], which means that you’re keeping absolutely everything. That gives the colorist the ability to do anything they want with it at the end of the process – or even after, if the station comes back next year and redelivers this for Ultra High Definition televisions. 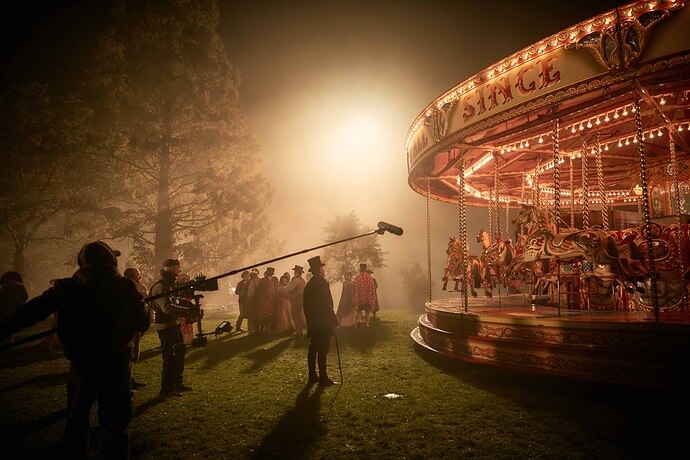 
The production utilised a variety of cameras, including GoPro, SteadiCam and Drone footage to bring a sense of scale to the series. It also employed Technicolor’s content management system Pulse to deliver its VFX and DI pulls to Technicolor London.

With the production shooting on 12 camera formats, Pulse normalised each format before the shots were distributed to ensure that all media was delivered to Technicolor in a unified ACES colour pipeline, allowing the VFX and DI teams to focus on the creative aspect of their roles.

Here’s more info and another article: