sorry, my microphone was not working properly during the meeting and I just wanted to mention that acescentral is a great place to start/continue a list of design requirements.

I’m all good with dropbox paper and google docs, but I kinda like the way acescentral is structured. It is easy to follow a conversation and keep track of things.

So this post is just an attempt at starting a conversation. I’ll just throw my ideal design requirements in here and I’d be curious to see if any of them are contradictory.

Before throwing a list, I just think it is worth defining quickly what is the goal/target of this DRT. In my opinion, if ACES tries to be all things to everyone, we’d have to compromise so much that we would eventually fail at what we are trying to achieve.

The LMT/DRT I have in my head is mainly for feature films and PBR animation movies, with an attempt at reproducing Print Film Emulsion (PFE). So I am not taking in account here edge cases, like logos or illustrative renders.

With this DRT, I would imagine an LMT activated by default :

I could throw more examples and images of mine. But I think you already get what I mean by my previous posts. So I’ll just share a couple of renders about “going to white” if that’s okay.

Same behavior here. This is probably professional deformation but I struggle to see the “logic” here : 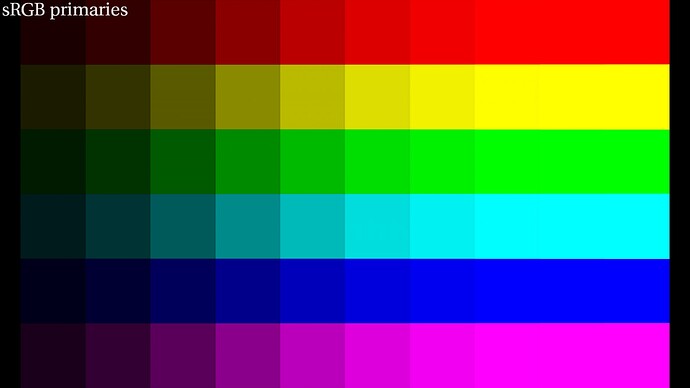 And finally, the blue to magenta sweep using spi-anim : 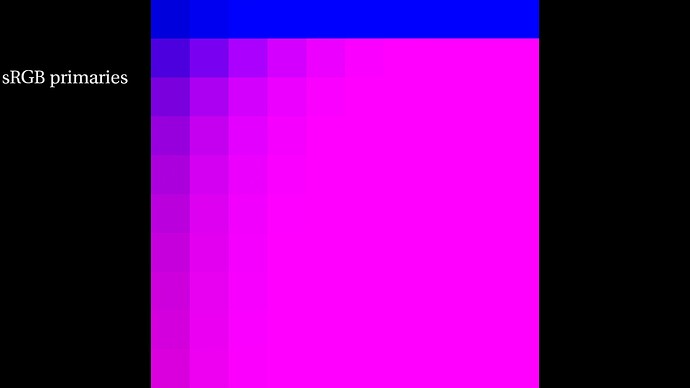 Maybe an optional LMT could be provided to remove the “going to white” if needed. But I don’t think it should be other way around since a majority of projects would require this behavior in my opinion. Happy to be proven wrong on any point.

Update with a new design requirement :

Quite coincidentally, this came up while at was massaging iron at the gym: 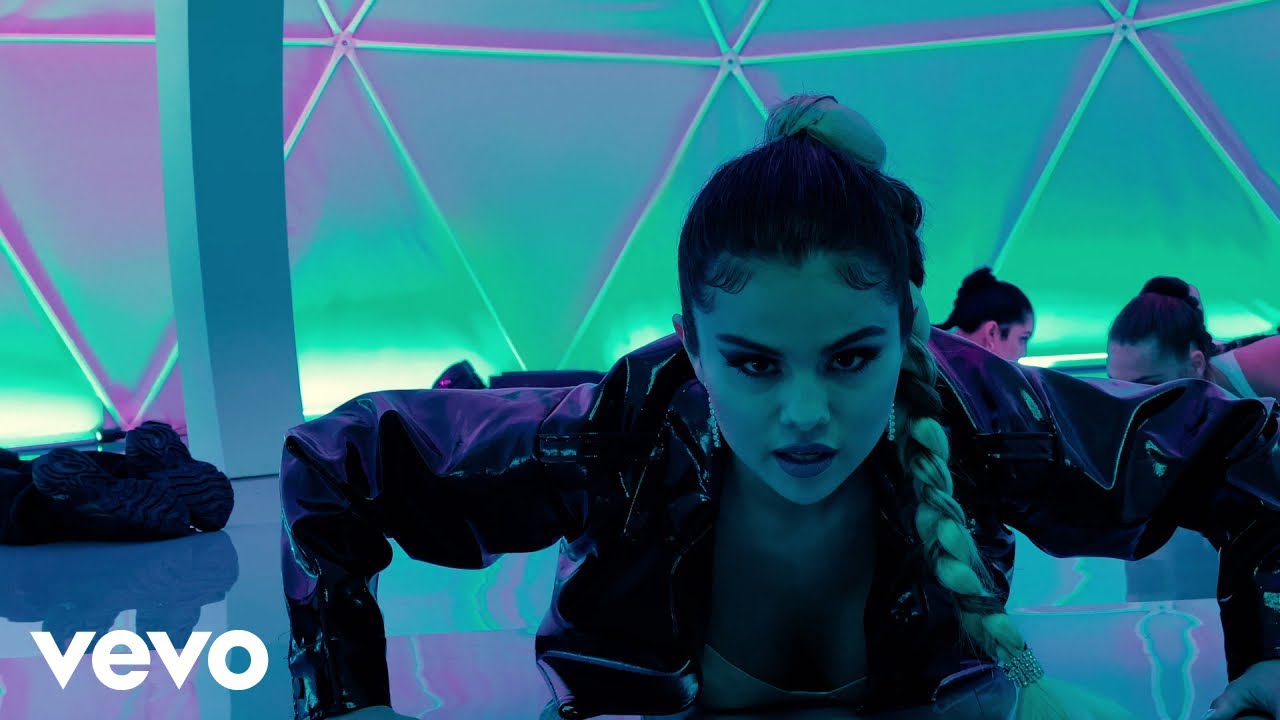 There is so much merit to treating the closed radiometric domain as an entirely valid grading and compositing point. Logos, lower thirds, “print” like grades, you name it.

Thanks guys ! I have done a silly but fun experiment with the Selena Gomez’ clip. I wanted to see if I could reach its look (should we call it clipped saturated colors’ look ?) with several DRTs.

I modeled the stage in Maya, threw some lights in there and waited approximatively 27 hours for render.

Here is my reference : 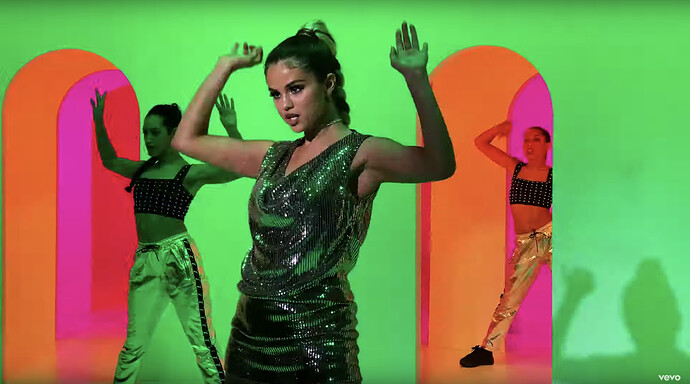 For the CG renders, I used 0.18 midgray on most assets and the human skin patch from the CC24. I rendered in ACEScg with white lights and added the lights’ colors in Nuke.

Colours used for the lights are :

ACEScg render using sRGB (ACES) as a DRT (we can see the yellow skew with the orange light) : 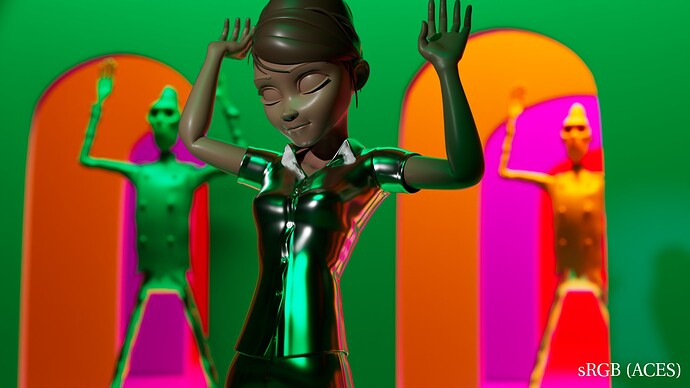 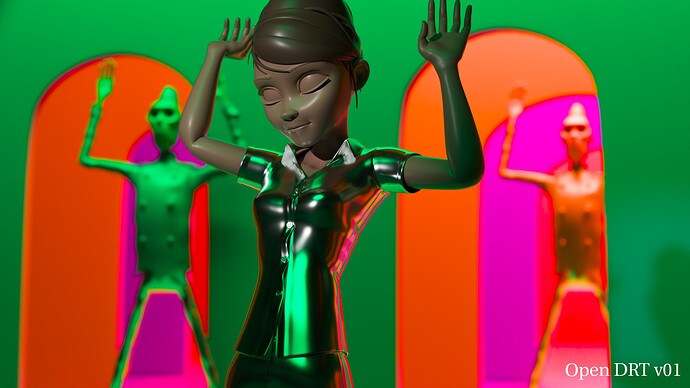 For the last example using TCAM, I used “different” chromaticities since my working space is Linear - E-Gamut. I reckon I could have tweaked the values to get closer to the reference but I am not sure if the comparison would have been fair ? I don’t know. Here are the values anyway : 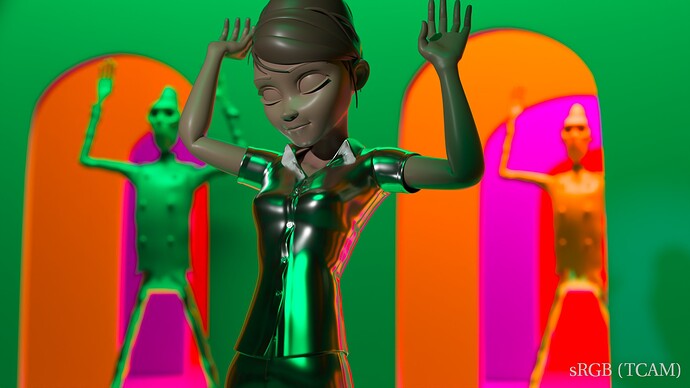 And since we were having this very interesting conversation about flames, explosions and orange/yellow tones, I think it is worth having a look at the orange light by itself. 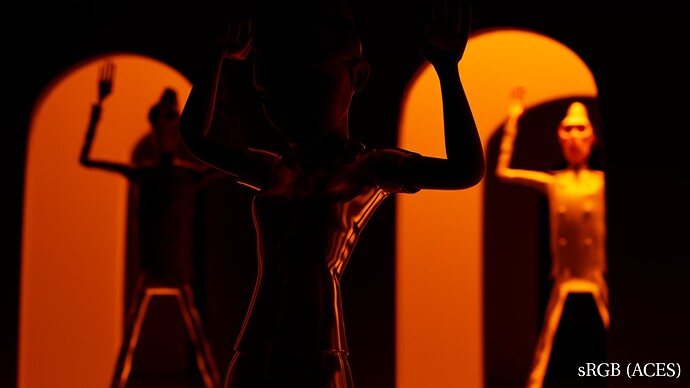 “naive” DRT (Is the orange skewing to pink ? Is my brain playing tricks on me ?) : 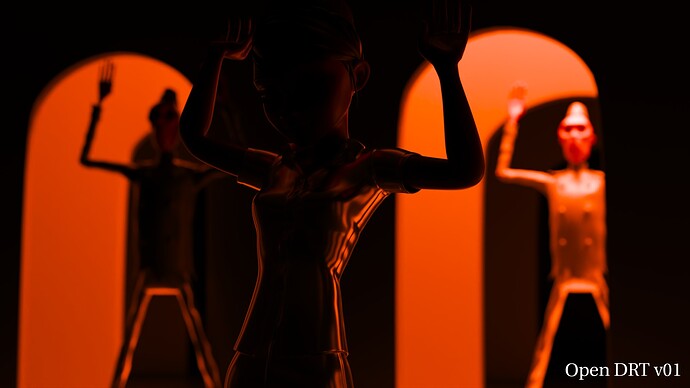 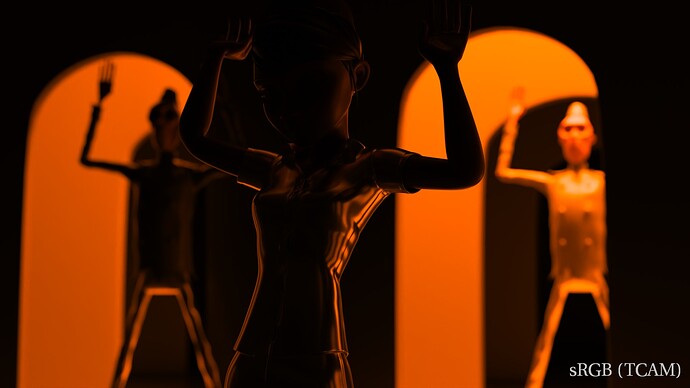 I have to say that I am quite happy with the TCAM “look” and would be interested to test more renders with it (like the EiskoLouise concert or my volumetric spotlights for instance).

I also tried to reach some very saturated yellows with ACES out-of-curiosity : 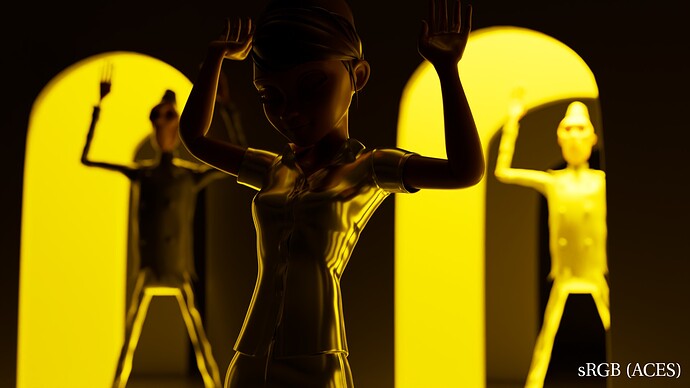 selena_gomez_003_yellow_aces1920×1080 160 KB
I was quite pleased with the result and I personally did not feel limited in terms of saturation.

On a side note, it is also worth comparing the contrast between these DRTs (especially the neck area) :

I think it is nice to have a bit of extra info in the shadows, such as with the naive DRT and TCAM.

I don’t know if those tests prove anything. From what I can see :

So, maybe I should add two design requirements to my personal wish list :