I have a question on over exposed blue channel from LED lights. I just wonder how to deal with this problem in ACES since I have better results in a workflow with just a conversion LUT. I would be very happy if ACES could handle this problem since this kind of lighting is the one used on stages nowadays. Is this problem because of the ACES system or the camera? 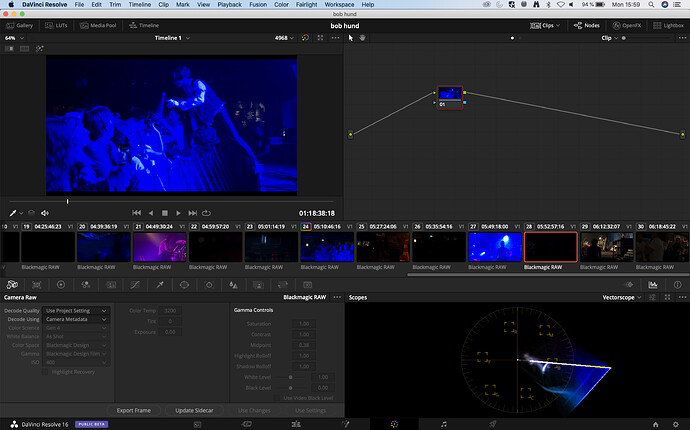 All the best!
Kristian

It’s definitely a camera thing & it may be ACES Too. Maybe.
Did u know that you can use normal workflow LUTs in ACES?
Just use the ACES Transform ofx before & after any lut or plugin to behave normal.
(See pic). Use what I have in the picture before the LUT and then after the LIT, swap the bottom two around. Obviously I chose SRGB because that’s what I was working in, otherwise you would choose 709 or what have you 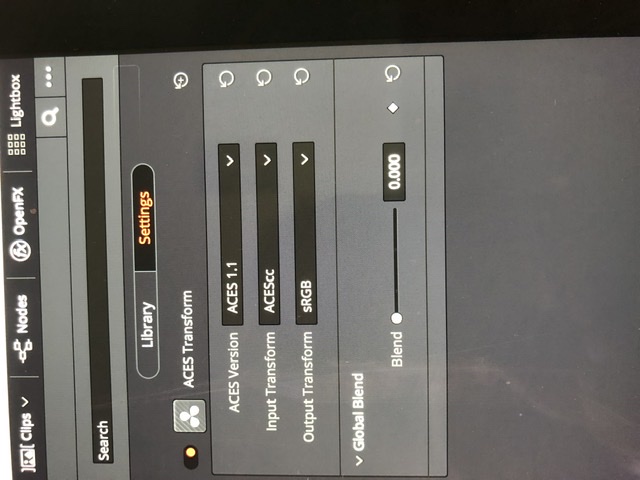 Thank you a lot for your answer! I wil surely try that! I tried a CTL from another post on the subject, which I found later…, and it worked very good.