I recently started to test the PFE that @sdyer published in the LMT thread.

I noticed that it was behaving oddly on certain colors. See attached frames.

Below is a frame with the PFE applied in CLF format in Resolve 14 Beta 5 (ACEScct). As you can see there’s a little bit of noise in the yellow patch. 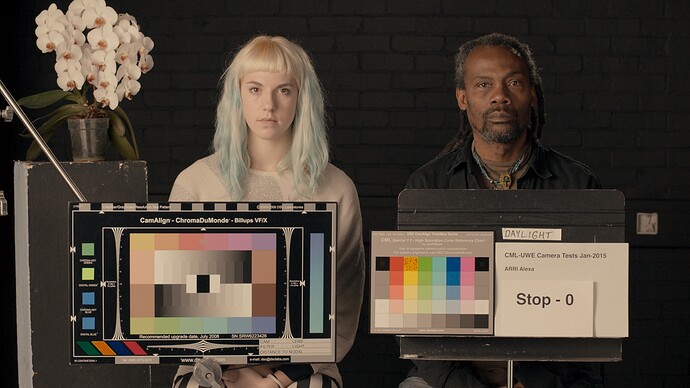 Here is the base Aces look. 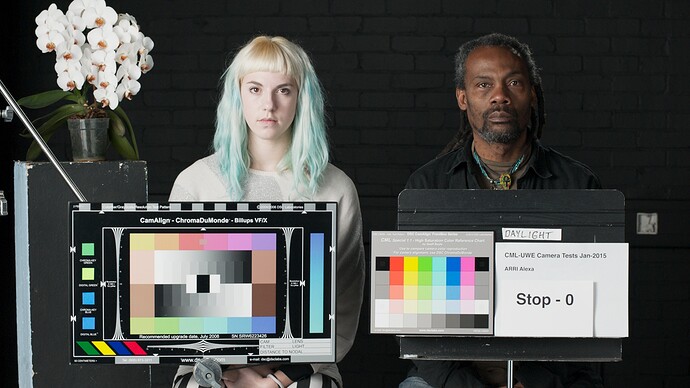 The frames are form the CML website (thanks @cmlgeoff). They’re Alexa Log-C and I’m using ACEScct with the latest build of Aces in Resolve 14 Beta 5

I’m wondering who I should bring this to. Not sure if it’s a Resolve issue.

No one from @ACES_Leadership has any thoughts on this?

Looks like it might be fold in the cube. I’ll talk to @sdyer about it. Not sure how battle tested the example LMTs he created for the post were but I suspect they were more proof-of-concept.

Thanks and good to know!

That wasn’t my LMT. I was just sharing that Resolve 14 supports CLF and that this was one example CLF LUT provided w/ Resolve 14. I have no idea how it was generated since I didn’t make it.

Ah! That’s odd… Sorry I misunderstood where it was coming from… That being said. I installed 14 before adding this LMT and never noticed it was already there. So I guess I’ll take that up with BMD.

Also, is the ACES team working on releasing some PFEs? Or, are you leaving that to third parties?

Below is a frame with the PFE applied in CLF format in Resolve 14 Beta 5 (ACEScct). As you can see there’s a little bit of noise in the yellow patch.

The image you have posted appears to be the result of applying the CLF in the ACEScct working space. But if you look at the content of the file, you will see that the InputDescriptor and OutputDescriptor both read “ACES (SMPTE ST 2065-1)”. So this is a per spec LMT, designed to be applied in linear AP0.

I don’t yet have a machine running Resolve 14, so I can’t test that. But I do have my own tools which allow me to break down a CLF into a Nuke node tree. The result of using this to apply that LMT to that image in linear AP0 (followed by the RRT and Rec.709 ODT) is this: 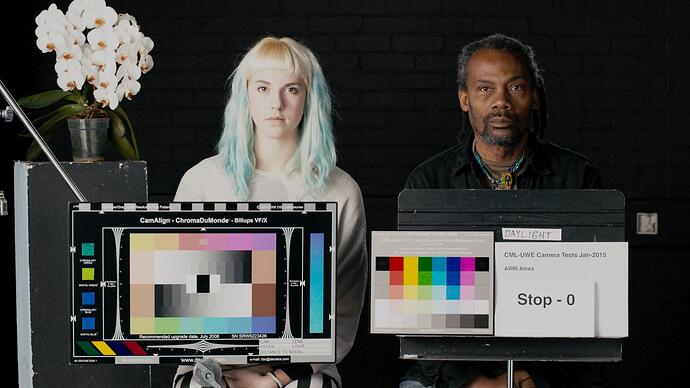 As you can see, the effect on the image is far more subtle than applying it in ACEScct. And although there is still some noise brought out in the highly saturated green and cyan chips, it looks more like noise and less like an artefact.

It is a slightly odd LUT though. It brings in ACES linear data in the 0-100 range (i.e. more than nine stops of headroom above 18% grey) but there is no shaper or range scaling after the embedded cube, whose output is limited to the 0-1 range. So the result is an OCES image with nothing more than 2.5 stops above grey. The RRT and ODT then compress this further, resulting in the flattening of the highlights, which is very obvious in the girl’s face and the flowers.

I am also surprised at the use of only a 514 point shaper, with linear interpolation. This would seem inadequate for 0.0-100.0 linear data.

My CLF to Nuke tools are in very early development, so it is possible that there are errors in them. In which case my analysis may be inaccurate.

interesting… In that sense this would ultimately be unusable in Resolve as we don’t have access to AP-0 in Linear for grading.

Will there be some usable LMT PFEs in a very near future. I’m still wondering if there will be third party implementations.

interesting… In that sense this would ultimately be unusable in Resolve as we don’t have access to AP-0 in Linear for grading.

As I said, I don’t have Resolve 14 running myself, so can’t verify, but I understood that they had added ACES spaces to the OFX Colour Space effect. So you could sandwich the LMT between two of those. Or you could use a pair of DCTLs like mine.

If Resolve is applying CLF exactly as it does with other LUTs, it will also be applied in linear AP0 if you use it in the Media Pool or by right-clicking the colour page thumbnail. However you don’t necessarily want to use it up front like that, particularly one like this which compresses the highlights so hard.

Yes that’s true. I keep forgetting that we have your very useful DCTLs. I’ve been out of the grading suite for a little while!

I’ll look into testing this in R14.