Hello, This is my first time here posting and wanted to confirm our current pipeline as being the right one or at least has minimal errors.

We have a BlackMagic URSA Mini Pro G2, sometimes we shoot on RAW and I don’t set IDT since it’s raw but when it’s on ProRes for some reason, I set it to BlackMagic Film 4.6K IDT; would appreciate if someone can confirm that this is right.

The second step is I take that EXR that is now in ACES Space and use it in Nuke alongside the CG Renders which have been rendered in Blender using ACES ( Textures are Utility - sRGB - Texture, Normals, or anything grayscale is using Utility - Raw and HDRIs are using Utility - Linear - sRGB ). In Nuke I set the colorspace for CG to ACES-Cg and the EXR of the footage to ACES-ACES2065-1 and I do my compositing which is followed by matching the black points, white points, exposure, and color; since I haven’t received my color-checker yet. After I feel like the scene is matching, I then export the whole scene back to ACES-Cg and take that into DaVinci Resolve and set the IDT to ACES-Cg and the ODT to my screen setup, Rec709, and do grading there and export it to Rec709 or sRGB if Ended up using sRGB.

This is a workflow I landed on after many attempts. One thing I feel like would change is the arrival of my color-checker. I have one question about that and that is; Do I have to match all my HDRIs, Texture references, Light HDRs, and TechPlates to my footage AND THEN transcode it to ACES in DaVinci or do I have to transcode it, import it in Nuke with the CG AND THEN do the color checker matchups. DaVinci also has this feature and would things be easier if I use DaVinci to do the color matching.

Also, I saw someone use a color-checker and match it with a linear version of the color checker to make everything linear.

As you can see I sound lost in the space of color management by a bit so even if you have little to add to my knowledge I would appreciate the feedback. Thank you for your time.

about the BlackMagic ProRes footage I can’t say anything, as I hardly get any BM footage to work with. But I remember @jholiday was creating some Blender & ACES videos using BlackMagic footage.

Your second step sounds good and it seems to work fine for you. I only would render some colorcheckers also in your blender scenes as most tools are not colorspace aware so it’s easy to get wrong colors in your renders. Here is a list of some limitations when working in Blender with ACES that I came across in the last years. 1.5. Blender & ACES Limitations – Brylka – TooDee – PanicPost

Your third question sounds interesting. I never used the color checker matching functions in Resolve and then export EXRs for further working steps. This would be a nice test to do.

I can only tell from my experience: most of the times we convert the plates in Resolve to ACES and match them to the HDRI’s in Nuke. We basically only match the 18% grey patch and do not bother about the rest of the color patches.

I was writing a piece about this on my website when I compared different HDRI capture tools. 2.4.4. Refine and Render – Brylka – TooDee – PanicPost

As Daniel mentioned, I’m actually in the process of working out the same ACES workflow as you described using Blackmagic Footage (sometimes raw, sometimes prores), Resolve, Blender, and Nuke. Exciting that we can troubleshoot together as I’m very much still developing my workflow as well. I’ve made some videos on my youtube channel about what I’m learning. But I will say, @TooDee is definitely the go-to pro in this area and has taught me much of what I know from his awesome blog posts.

Overall your workflow is pretty much what I’ve followed as well. And I’m just now getting more into using my color checker and other tools to prepare plates more accurately. Funny how we really are at the same point it sounds. Knowing this, I’ll definitely reach out to you here (or some more direct way if you prefer) to share my learnings and I hope you’ll do the same!

I would absolutely love to hear from any of you guys, a direct discord call will be more efficient to share my workflows.
Email - reubencity@gmail.com
Discord - Reuben#2144
I will keep in touch

Thanks, Daniel, That’s a new insight into the rendering of color checkers in Blender. I have used it before I hoped onto ACES and now that you mention it, it all makes sense. I’m very glad to know that I need to experiment myself as well and I would love to contribute to the community in any way to speed up the process. Thank you for your time, sir.

Cool, I’ll reach out over discord!

As I have the same camera Ive got some notes:

The basics of what I understood from that:
Values of “ideal” colorchart cant be compared with any actual shot colorchart because of different illuminants and spectral distribution. and that reversing the operation after neutralizing using a 3x3 matrix can introduce errors. I cant say i have ever had any issues by using mmcolortarget in practice so far, I might be dodging a bullet and I actually do a greycard in addition to a mcBeth nowadays I am supervising on set because of this and then I am only using mmcolortarget to match the hdri to the neutrally balanced plate (and i try to put colorchart in the same spot with the same light) and that usually turns out well.

-i just find it easier to balance in nuke.

-Blender: Blender is not applying OCIO viewers to camera backplates, so thats fun… you have to make special backplates for blender that are completely mangled , It goes like this:
AcesCG-> lin/sRGB then gamma 2.6 to gamma 1.8 colorspace node in nuke then export that as acesCG(or raw… same same) as EXRs feed that into blender and set input colorspace to acesCG.

Its stupid. And definetely not right but it at least gives you a backplate thats somewhat close…

-Also Blender: Blenders ocio implementation is a bit rough so you want to create a simplified ocio config or else you will hate your life trying to find stuff, note that buke 13.1 is very picky when it comes to syntax of ocio configs like when you remove a colorspace you also need to remove the aliases.

Also depends on what after and before is, with a raw that you debayer straight to aces your before controls would be the raw settings, for a prores, the before would be before the IDT, For me the debayering to ACES is a blackbox, and I have no idea where and how the whitebalance settings are applied.

With Braw there is also the thing that its not really raw, so thats another special case, so there is probably just colorspace transforms under the hood.

To be fair in most vfx productions you wouldnt dare to touch raw settings unless specifically told to do so. But I am interested in learning if there are better ways. 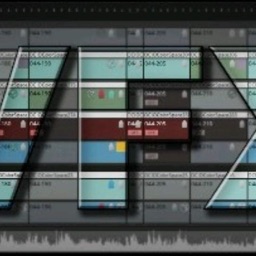 Check out the VFX EDITORS Worldwide community on Discord - hang out with 96 other members and enjoy free voice and text chat.

Thanks bro! Appreciate it.
I just considered using the CC24 to linearized the footage and use the VFX I/O LUTs to change them back after comp.

I would tryst IDTs more than a colorchart.

Wow, thanks. I was really looking forward to getting them. I still will but won’t see them as the holy grail of VFX as I used to. It’s just that I had a conversation with Troy, the author of filmic for blender. And he was going on for a long time explaining how ACES is very much broken and the IDTs are the least things I should put my trust on.

everything is broken depening on who you ask, aces isnt perfect, color is crazy difficult, you can get a PHD in color science

I have to say I am pretty happy with the IDTs and how that works in practice when I get different camera sources, 3D hates them though espeically lookdev , but thats mostly down to lacking support from substance painter… which suuuucks.

What I really do not like are the ODTs, I firmly believe there is something wrong wirh the sRGB output odt, I know there is a war between people saying sRGB should be 2.2 or not or whatever but all in all on all my screens it looks bad. 709 is better and depending who you ask is the correct choice depending on surround illumination, again in real world no artist is going to care, they will say sRGB looks aweful

and its really bad to work with, which I agree. (I have made my own view transforms basically rec709 odt + cdl adjustment to darken it a bit from gamma 2.4 to 2.2 so basically just a gamma 2.2 ODT… works much better imho.

this is a good read as well.

This article is mostly about OCIO configs and Display Transforms, which is a crtical part of the Image Formation Chain.

We are still at the early stages of aces, and we can only try to make it better but its allready the best system that we can use now and that is actually working, actually makes stuff easier for everyone.

Agreed! Thanks for clearing it up. I think a bunch of old people that were using film strips back in the days are pissed that digital sensors are about to get normalized by ACES and the workflow is going to get better through time. I will read the article you linked. Thanks for the help guys. And I actually feel much better now knowing that. I thought color science was easy and pushed myself so hard cause I legit thought I was getting dumber the more I read about it; now that you put it like that, I don’t think I’m alone here.

thats definetely how I feel.

3D hates them though espeically lookdev , but thats mostly down to lacking support from substance painter… which suuuucks.

Curios what the issue is with Substance Painter? It does support OCIO now & thus ACES…

ha wow I missed that, thx!

Awesome! Yeah, it was a long time coming.
Really enjoying this conversation BTW. Learning a lot