I’m noticing a difference in saturation between images in Davinci Resolve and Nuke. In Nuke there is less saturation, observable here on the red gloves in the attached image. 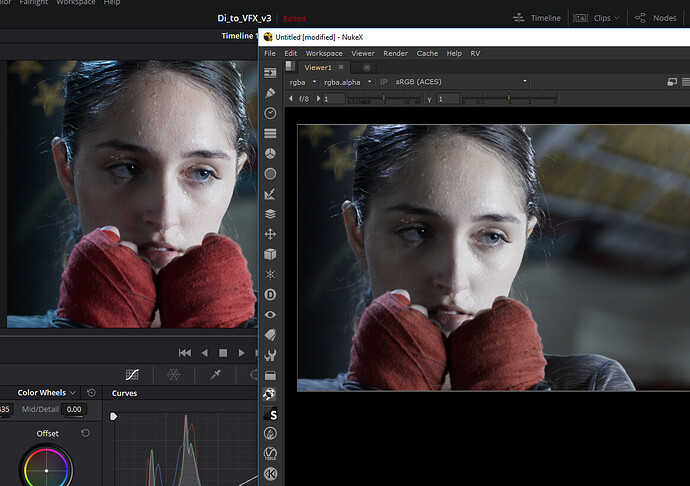 Without knowing your setup it’s hard to tell what might be going on. Mind sharing your Resolve project settings + node setup and same for Nuke?
And maybe share one exr frame? (It’s sample footage if I remember correctly?)

Actually, what it could be is that you’ve set your Nuke project to OCIO ACES 1.1 but didn’t change the IDT of the exr yet. The default scene linear role of the config is set to ACEScg so any exr that gets loaded will be tagged as such. You have to manually set it to ACES-2065-1. Assuming you rendered your camera footage to that.

Thanks that solved it! I was reading it into Nuke as ACEScg when I should have read it in as ACES-2065-1. It now matches in Resolve and Nuke. Yay!