Steven Shaw ASC gives a 'shout out' to ACES! 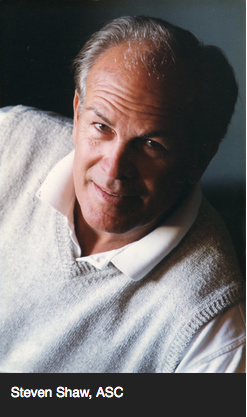 “I think the hardest part for all cinematographers now is having control and being there in the end of production. Which is why I think ACES, the Academy Color Encoding System, is going to give us [more opportunities]. Instead of taking three weeks to do it, we can do it in maybe three or four days, because of ACES. I’m encouraged by that. Not that ACES doesn’t have some problems, but it’s being worked out.”