To the ACES community,

It’s with sadness that we acknowledge the passing of a talented and wonderful man, and a great supporter and friend to ACES, Geoff Boyle NSC FBKS.

I personally, and I think everyone that knew him or read his missives or followed his camera tests (some of which can be found on ACESCentral) is better off due to his efforts.

We will miss you Geoff!

Below is the announcement from CML which Geoff founded.
Please feel free to share your stories about Geoff. 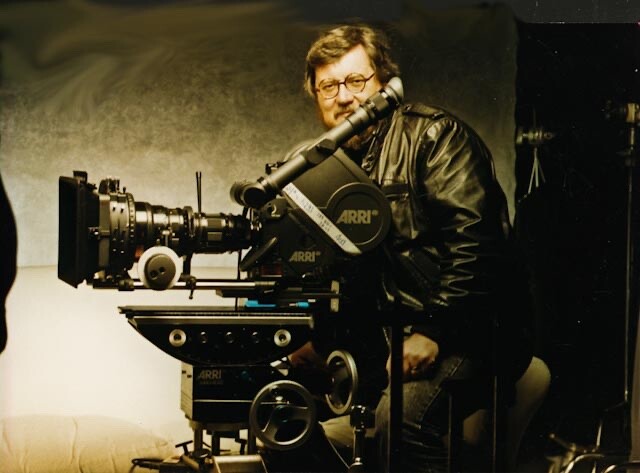 Geoff Boyle was born in a council estate in the Northeast of England in 1950. At eight he was given his first Brownie 127 camera, which started him on lifelong image-making. He dropped out of his final year in art school to work as a stills assistant at the studio used as the location for “Blow Up”, working mostly in fashion and advertising. He also worked as a stills photographer covering music for notorious underground magazine Oz.

One day in 1973 he was asked if he knew anyone who could film a concert, and of course he did! He switched to film work entirely, shooting news, documentaries, and music promos for everyone from Bowie to Zeppelin. In 1985 he moved to commercials, and by the '90s Kodak said he was one of 10 cinematographers shooting 80% of national spots in the UK. After 20 years in commercials he focused on long-form drama, from the digital production “Mutant Chronicles” in 2006, to multiple 3D projects, the series “Wallander” shot on REDs, and action film “Streetfighter: The Legend of Chun-Li” shooting 3-perf 35mm, among others. In the process he garnered awards from SMPTE, BKSTS, BSC, ACS, and NSC.

In 1996, while bored late one night in a hotel room during the middle of a shoot, he started the Cinematography Mailing List, which has grown to over 12,500 members worldwide. He has also taught workshops in the USA, UK, Europe, Australia, and Asia, and was appointed a Visiting Professor at the University of the West of England in 2013. He was always eager to exploit new technologies, but always in service to the image: “F*** the numbers!” was his rallying cry whenever people would obsess over resolution or bit rates instead of looking at the picture, along with “‘good enough’ is not good enough and ‘close enough’ is miles away from good.”

Geoff died Tuesday October 5th in Zoetermeer, NL after a long and feisty battle with cancer. He is survived by his wife, Deborah.

Wow, this is very sad!

My sincere condolences to his family and friends.

So sad to hear this. I had the privilege to talk to him two times at conferences. He always took the time to answer questions and have a chat between sessions.

Condolences to his family.

I first met Geoff Boyle in February 1999, it was a damp winter woodland location in Surrey, West of London - a previous location for the grisly Germanic battle sequence in Gladiator.

I had just shot a latter-day battle scene with DoP Tony Imi BSC, but there was an overnight stop in bath at the lab. The entire day’s work was rendered useless. With Tony unavailable for the reshoot, Fuji suggested Geoff.

It was a cold and muddy winter morning when Geoff arrived; I first noticed his sandals with socks - pretty hardcore I thought, rather like the Roman legionaries of yore. We reshot the complex tracking scene, and celebrated the wrap with hot buttered rum.

The shoot also involved nighttime snow, and an exploding log cabin. Two other DoPs had been involved in the project, including Oscar winner Ronnie Taylor BSC (Ghandi). Once the release prints were sorted to everyone’s satisfaction, Geoff stayed on to help me with the video versions. It was during this careful grade matching process that we realised we had a lot in common, and became friends of over twenty years.

Staying in touch we worked together in other ways, including DI presentation panels at IBC in Holland (where Geoff would move to live towards the end of his life), at Camerimage, and at the Focus on the Future event with Quantel.

When he came to LA I would meet him at the airport and give him a welcome food parcel of delicacies. We’d have great chats during those car rides. Fiercely independent, he was hard to help, and always gave more than he took.

As the world shifted from film to digital production, and I reassessed my workflows, Geoff provided the very best advice when it came to camera selection for the task in hand, from +50ºC in the desert, to -40ºC in the Arctic. Always kind, ever focused, and typically correct, he was the antidote to bullshit, and was never afraid to cut to the chase.

More recently I asked him to help me with the restoration and digital reformatting of my Royal Premiered film, The Troop (1999). The DoP on that was Alex Thomson BSC (Oscar nominee for Excalibur), but Alex had sadly passed away, so I sought a respected DoP’s opinion. Geoff, with his digital nous, was the perfect choice, and again he stepped up to the plate. Given my desire for future-proofing, and our common experience with different colourspaces, he suggested an ACES workflow, and introduced me to the Academy Science and Technology Council. Now nearing completion, TheTroop:Redux will be just one of so many projects, big and small, that have benefitted from Geoff’s existence. His passing will leave a huge hole in our options. He was truly one of a kind.

Geoff was self-effacing about his cinematography skills, and marvelled at the in-camera results delivered by Ronnie Taylor when we did the TK of our original collaboration. But Geoff was a great. He took on small projects, made good compromises, helped emerging film makers, broke barriers, and eschewed the condescending snobbishness of some higher up the greasy pole.

If anyone did it his way, it was Geoff. Heavens I will miss him, but he’ll be perched on the shoulders of all who knew him, encouraging us to better understand the laws of physics, read beyond the marketing blurb, and trust our eyes.

You made your mark, and you hit your mark.

Ever brave, and decisive to the end.

Thanks for sharing Marcus!

This is such sad news and my condolences to all who knew him.
Geoff has helped me so much in the past and was always so extremely helpful.
He even provided me with new BMD RAW footage for testing just 2-3 months ago and apologised for not shooting more footage as he was about to go into hospital - I guessed then that he was very ill, but it was typical that he still wanted to improve the camera world by doing everything that he could.
I will miss him greatly.

[I’m a little behind on my ACESCentral posts - please forgive]
I first became aware of Geoff through the CML - I learned so much by lurking around there for years. It wasn’t until the pre-ACES 1.0 rollout in 2013 that I had the opportunity to connect with Geoff through the CML NAB party (fitting!), and I am grateful for that. As everyone here knows, Geoff was unabashed (to put it mildly) in his support for what he believed were the right things, and in his constructive criticisms for those, and everything else.

He was an early ACES adopter, beginning with his camera tests of that era, and as ACES matured, he became a vocal supporter. He was so generous with his time - I recall an HPA Tech Retreat for which he flew across the pond and sat in the ACES booth in the Innovation Zone to give a cinematographer’s perspective (and more!) to the attendees.

And then, as Marcus noted, THE TROOP remastering project. Geoff’s keen eye and guidance in that project taught all of us, and led to the best possible visual results.

To say he will be missed is an understatement.