Thursday October 22, 2020 11:30a PDT/19:30 BST Join us for a lively and candid conversation with the Season 2 production and postproduction team from Netflix’s hit series Sex Education. Topics explored will include how the decision to use ACES was made, how they prepped and designed the workflow (three of the four panelists were new…

For anyone joining the webinar, who is entirely new to ACES, here is a very short into to ACES!
Short Intro to ACES.pdf (630.5 KB) 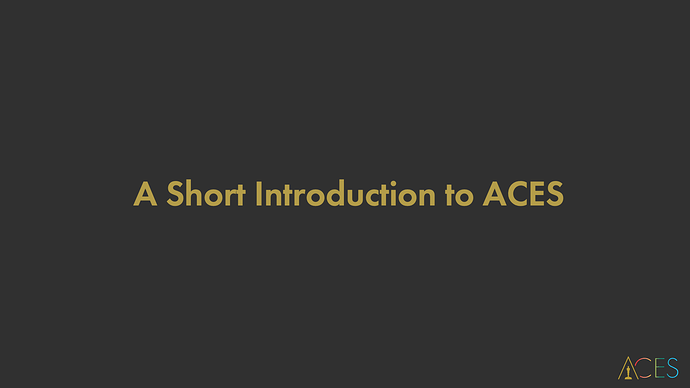 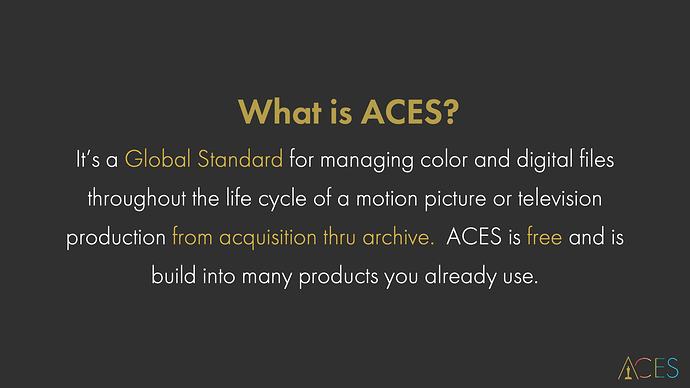 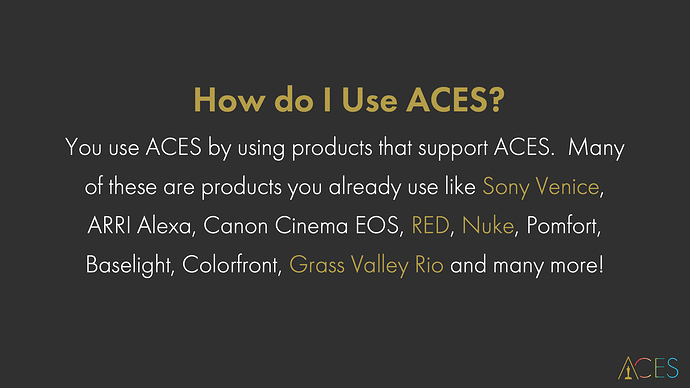 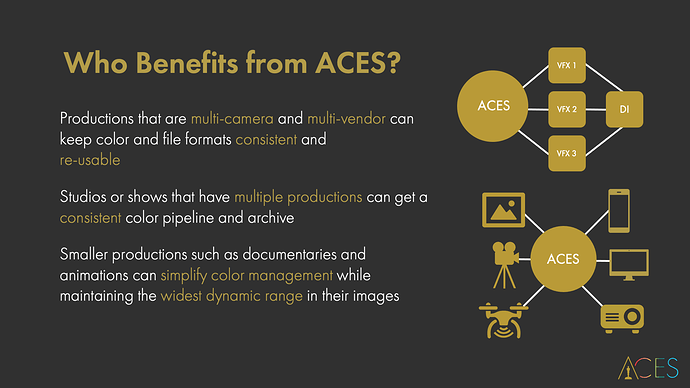 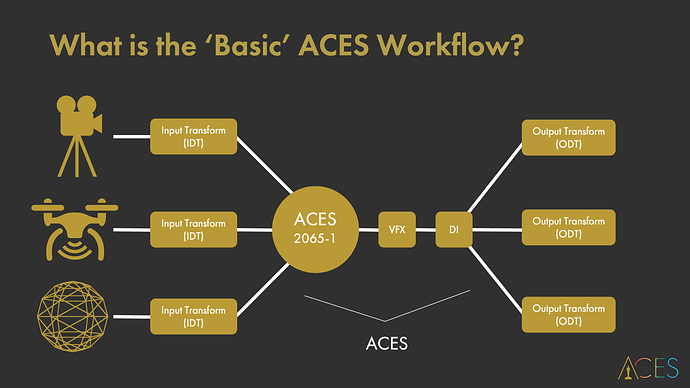 I’m just following up and answering some of the questions that I didn’t get a chance to reply to.

Marcelo Kaczeczka - Which monitors did you use on set?

As the DIT, I used 2x Sony PVM-A170 monitors. I like the OLED’s and trust the images I’m seeing when I’m grading. Would love to monitor and grade in 4K on set so might look to using the PVM-X1800 at some stage.

Anonymous Attendee - If possible, would you please address the aspects of the ACES workflow as it would apply to a picture editor

I wasn’t in the offline suites but I’d be in contact with our Assistant editor. As things stood on S2, ACES didn’t affect their workflow. The grade was burnt into the DNX deliverables and they edited as normal. You just need to ensure the ALE’s marry up with the DNX36 files.

Leigh Maple - You’ve mentioned in the past that you listen to music when grading and have even gone so far as to make custom playlists for the project - What role does music play in your process and how do you go about crafting those kinds of curated mixes?

Music is a very important part for me. When I’m grading, I’m working in isolation in a darken room. I like to have a playlist to match the mood of the scene, it can be inspiring to me. For Sex Education, I curate my own soundtrack and then go back and forth with Ben Taylor (Director & Show runner) about musical choices. It’s got nothing to do with being a DIT but we’re all geeks on set so it opens up discussions/debates, which makes the job that little bit more interesting.

Leigh Maple - Which scene or sequences in Season 2 was your favorite to work on and/or which did you find most challenging and why?

I have many favourite scenes from across the series. Posted screengrabs of my favourite shots on Instagram. But my favourite scene was the ending of Ep3. When Maeve gets a 5-year diary from Otis. Its very simple but all so heart-breaking. Loved the way Sophie Goodhart wrote it and the use of The Velvet Underground’s Pale Blue Eyes was perfect.

Leigh Maple - What does a standard post production grading workflow look like? How long does it take and how quickly are you able to get your hands on the footage to start working?

I get the footage as soon as the scene has been shot. We reload the camera and I go away to grade and review all aspects of the footage. Then I relay back any possible feedback to our focus pullers/DOP.

Was there a LUT applied in the Venice’s at all or in the ACES workflow is a rec709 just used on set?

The Venice had no LUT, they monitored REC 709 on set. I had CDL’s which I applied in Resolve which would be my starting point for the look of the scene & then I’d proceed to grade on top of that. We avoided the use of LUT’s/.CUBE files