Thanks to writer Jeff Berlin and ACES Product Partner Sony for featuring this great story about cinematographer Bradford Lipson and his work on “In the Dark” Season 2 for The CW Network. 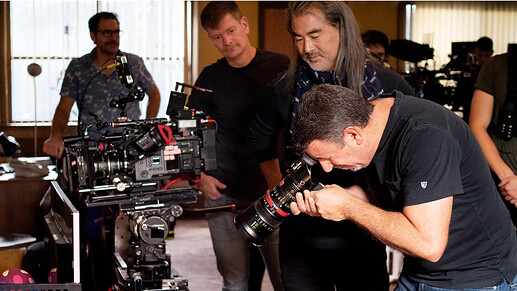 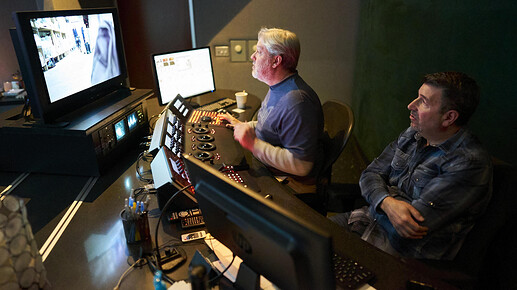 with an excerpt of some of the ACES info below.

Jeff: You’re not shooting for HDR, but you are using ACES?

Bradford: Yes, that is correct. My DIT, Dwain Barrick was running Livegrade for the monitor feed. When we’re looking at the image and I’m lighting, it’s all through Livegrade. I’ll make quick decisions like dialing down the blacks or rolling the highlights up or down a little, or pushing some more blue in the shadows, as an example. I will preface this by saying, I always try to do as much as I can in camera with lighting and color to keep from having to do too much manipulation in the grade. I would much rather try to get it as close as I can on set, looking at it with a Rec.709 LUT as my starting point and then going from there.

There are particular situations where we want a particular look. For instance we have a lot of scenes in a prison. Our show creator had asked me to give it a harsher look, different than Season 1, so for that I wanted to drive certain colors in certain directions and do a bleach bypass look. That was specific, so I had my DIT work on that while we were lighting. After the scene is shot, he ingests the footage and puts it through DaVinci Resolve, matching what we did in Livegrade. And it’s at that point that he’s putting it into ACES. From there we make dailies and the files go to Los Angeles where Level 3 gets them for posting.

Jeff: Cool, so what do you like about ACES?

Bradford: What I like is that it creates a very stable workflow. The colors and exposure, no matter what platform you’re looking at them on, are going to match. When the editor is looking at it on his Avid and Level 3 is looking at it on their platform, which happens to be DaVinci Resolve, no matter where it goes, everybody’s going to see it the same way. So it insures me that everyone will be looking at the dailies the way they were shot. It also eliminates the colorist in L.A. wondering exactly what I was trying to do in Toronto for a particular scene.

He understands, since it’s ACES, that he’s seeing it as intended, as opposed to trying to interpret it wondering, "Did Brad really want this blue, or this red, or whatever.”