2018 is already shaping up to be a banner year for ACES development and adoption and this is further evidenced by ACES being widely featured at the influential HPA Tech Retreat in Palm Desert this year.

Look for ACES Project Chair Annie Chang (VP Creative Technologies, Universal Pictures) and ACES Vice-chair Joachim Zell (VP, Technology EFILM/Deluxe) and other leaders who are speaking in many of the sessions as well as other ACES conversations during the week. We encourage you to continue and extend these conversations here on ACESCentral so the rest of the industry and ACES community can benefit from your experience.

Friday - 11:00am
"Virtual Cinematography and Storytelling Engines"
ACES Project Vice-chair Joachim Zell will join Ramy Katrib (Digital Film Tree) and Adam Myhill (Unity Technologies) to create a movie (in ACES) from the stage using the Unity Engine system.
Unity had 20 billion installs of Unity products in 2017 and has 6 million active monthly developers - all of whom now have ACES available to them. 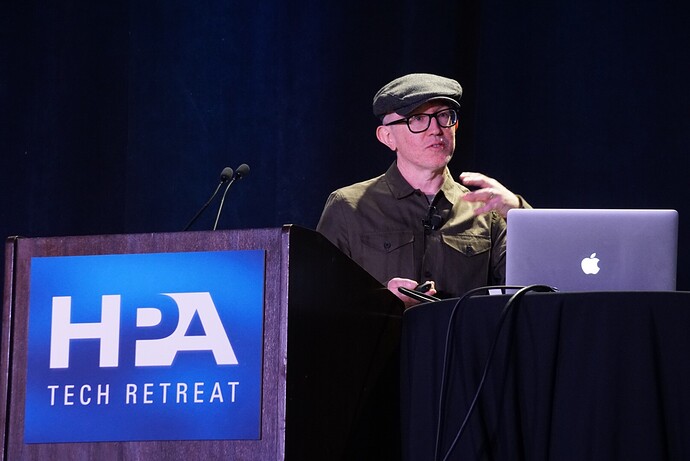 Steve, Thanks for having me! Happy to be part of the group for discussions and sorry I wasn’t able to stay longer at HPA.

To me, one of the biggest accomplishments of the ACES workflow is helping people
understand the difference between scene referred vs. output or display referred.

Working scene-referred is not new to VFX, especially for larger houses. But the
difference between working display referred vs. scene referred is still relatively unknown
to smaller VFX and post houses, and the ACES system has certainly helped them
understand the importance of this workflow.

I think smaller houses haven’t worked scene-referred is because without a
“show lut” that may or may not be clearly explained to them, the imagery didn’t look right
on their display. The ACES output transforms that properly map ACES(ap0) data to their intended displays has allowed places to work in this space prior to receiving a LUT package from a show.

Now having an ACES workflow on multiple shows now, we’re starting to see the benefits of this from a studio perspective as well. As we often have “flashback” scenes, taking scenes from previous films into our current one, having a consistent color pipeline has been a huge time saver. We still have to track the LMT’s being used (if we used one), and that’s where I’m really hoping we can start to utilize ACESclip at some point.

I spoke a lot about CDL workflows, and while the example I showed was a success story in that particular case, there are other cases where it added additional work where it was maybe not needed. Managing and tracking CDL values, especially shows where we are tracking 2 sets of CDL values (such as this one) is still a big challenge. The ability to store those values consistently, in addition to knowing the expected colorspace those values are intended to be applied in, is also a challenge.

Again sorry I had to run off early, feel free to reach out if you have any questions. 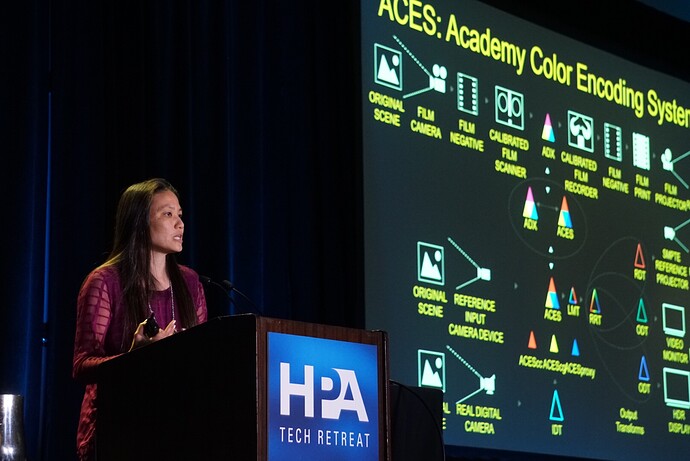 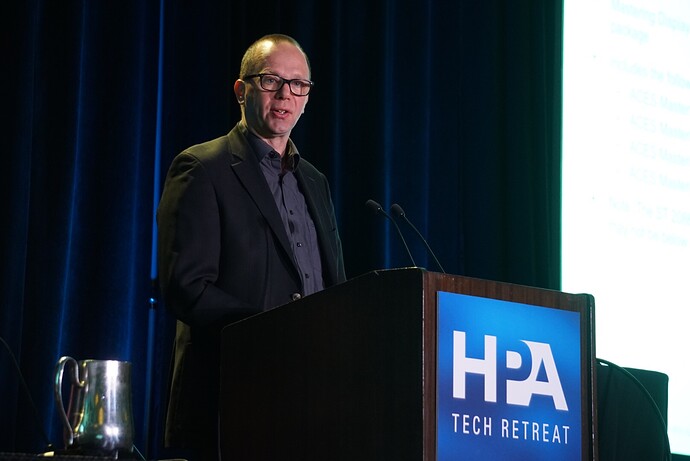 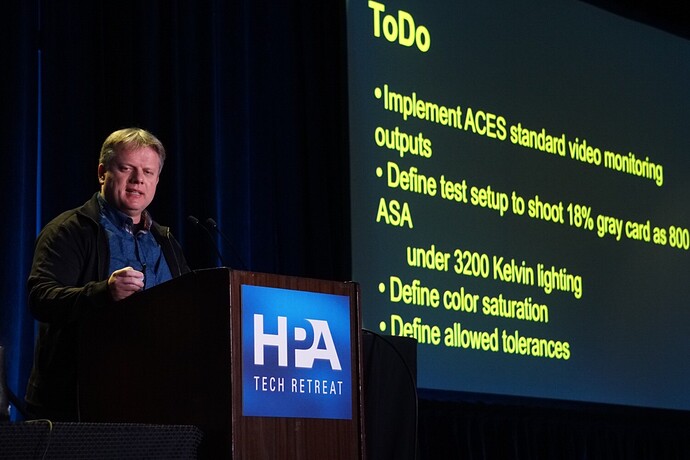 We want your feedback regarding ACES 1.0! Make sure you post any issues that you would like to see solutions for. We got some good feedback at the Tech Retreat, so voice your concerns!