In last week’s meeting, some concerns were raised about the unintentional noise amplification that is undesirable. While I have not seen errors on the magnitude we once did many years ago, I did manage to dig up one of the particularly problematic frames from that era.

I think comparing it through A, B, and C yields some interesting differences.
Pay attention to the red pillar in the background as well as the skin on her arms.
No conclusions (yet), just observations… 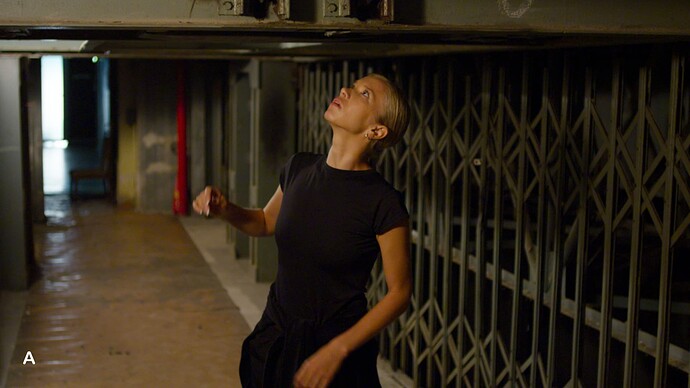 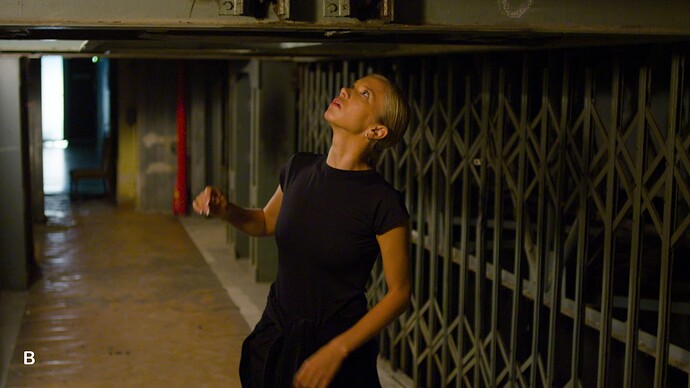 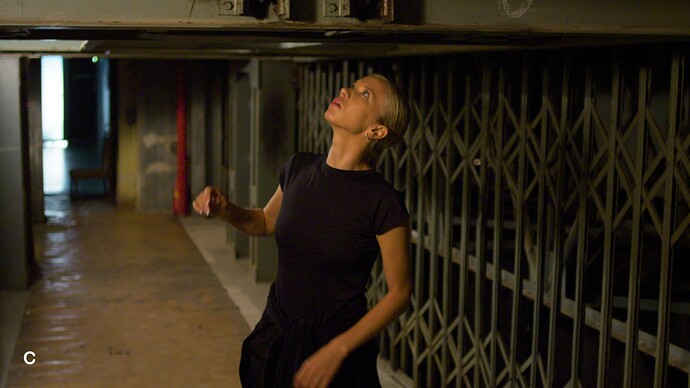 For anyone who wants to look closer, the ACES OpenEXR is in the Dropbox: source_noise.exr

The three (work in progress) candidates for the ACES 2.0 Output Transform.

If you look at the notes and recordings from the Output Transform VWG meetings, you can find out what exactly A, B and C are. But in many ways it’s more useful for you to form an opinion of them without knowing.

As I have absolutely no idea what’s happening iside the ODTs. But in my opinion A is in in any respect the best. Maybe followed by C.
B looks most like a TV-Dynamic-Color

I would think, that one can grade all three so that they match another. And that’s the point that I always made: I don’t care so much about the “look” of transforms, as long as they are STANDARDS and don’t change. So I wonder why we need a 2.0 ODT at all? I am pretty happy with ACES as it is.

To me “A” looks nice and has least noise.

Grading images using them is exactly one of the points of the evaluation, if say B allowed you to get more different looks, but needed more adjustments by default, then it might be ‘better’, if instead C was more flexible it might indicate which direction to continue with.

A different point of comparison is how similar they may be between SDR and HDR outputs, one of the options might look quite different between the two dynamic ranges, some might prefer them to look similar other might want them to be more different (after all they are different device outputs).

Good points! I understand.
It was just that I thought we would be somehow asked which one we “like”. Not knowing how they work.

And if there are good technical reasons for more flexibility in grading and the outcome with different ODTs, then that might absolutely be the best choice. I just would like not to many “Standards”

What is wrong with the current RRT? For me it worked now already for many. many years. No complaints.

What is wrong with the current RRT? For me it worked now already for many. many years. No complaints.

I think the first “complaints” arrived around the 9th of March 2017 as this post seems to indicate.

Then, the Output Transform VWG has tried for the past 18 months (since December 2020) to find solutions to improve the current ones.

I have tried to list here all the issues I know of with he current ones :

And here are several threads having a look at other aspects that were discussed and investigated :

I cannot resist to share my favorite quote from the OT VWG : I cannot understand why anybody would like to limit all of their productions to use the same output transform. It would be the same as limiting the Production to use a single camera. Documentaries, features, animation, hand drawn, all of them have their unique challenges.